Home>News>Members Journal>Summer 2022>Workers get SMART by organizing in Portland, Ore. 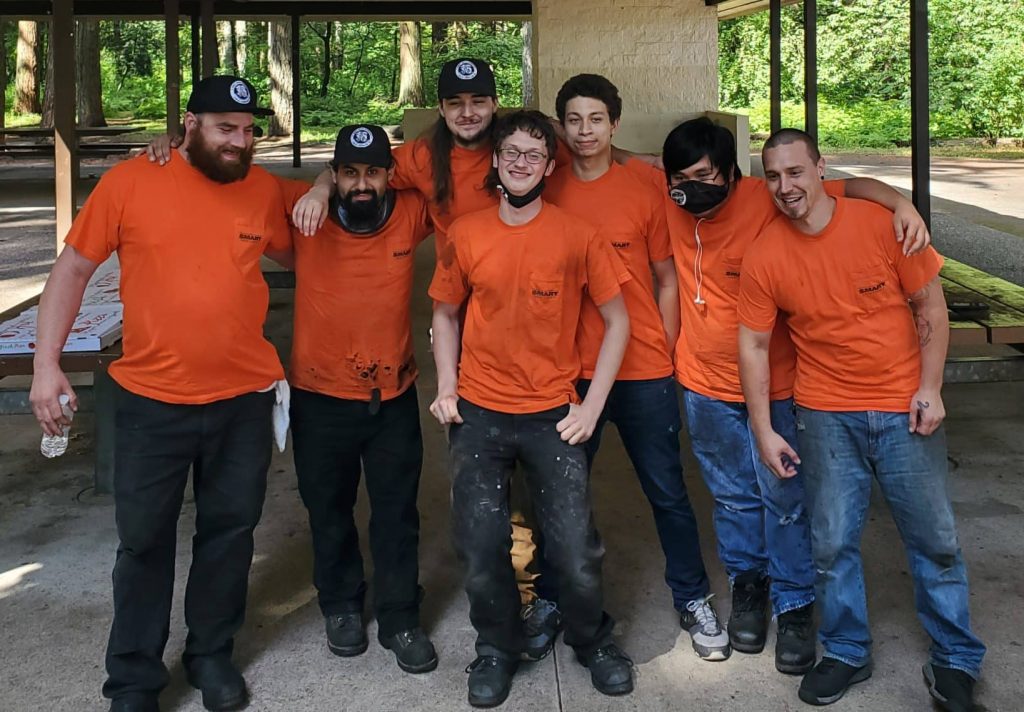 As of April 15, 2022, SMART SM Local 16 (Portland, Ore.) is in the middle of negotiations with Vancouver, Wash.-based 360 Sheet Metal after workers there successfully won their vote to unionize. Getting to the negotiating table is statistically very difficult — the result of hard work, collaboration and true worker solidarity. These workers ran just such a campaign.

After a top-down organizing effort was rebuffed by management, it became clear that a bottom-up campaign was needed. In 2019, a Local 16 covert salt reported that 360 Sheet Metal built duct for at least four prevailing wage projects — and the workers on those projects never received the wages due to them. When confronted about this, 360 General Manager Joe Martin exclaimed to Local 16 Business Representative Dustin Hysmith and Organizer Darrin Boyce: “We don’t agree with the law.” (He apparently didn’t in the early 2000s, either, when his previous business, Reliable HVAC, went bankrupt after Local 16 exposed to the state of Oregon the company’s nearly $1 million in prevailing wage theft.)

After leaving 360 Sheet Metal, our salt reached out to several 360 coworkers about his decision to join a union apprenticeship. This inspired a fired 360 worker to join Local 16. That newly organized member then reached out to his former coworkers at 360. Fed up with poor wages, poor working conditions and unaffordable health benefits, one such member called Boyce at Local 16 and asked to join the union. Minutes later, that worker called back and asked if he could bring some friends. An hour later, half the workers from the 360 Sheet Metal shop showed up at the union.

Boyce realized they had a campaign on their hands, explaining to 360 workers that it was their right to unionize their own shop. Workers signed authorization cards, eventually forming an organizing committee. While SMART Local 16 was there to help, Boyce emphasized that the campaign belonged to the workers. They bravely stepped up: reaching out to the others, getting cards signed, hand billing and inviting coworkers to their weekly meetings. Former 360 Sheet Metal and Reliable HVAC workers came to share information about the union and help with strategy. They were invited to dispel myths and answer any questions current workers had. Local 16 organizers and representatives, along with Regional Manager Brian Noble, continued to meet with the workers — sharing expertise, support and information. Organizers and leaders from Locals 55 (Pasco, Wash.), 66 (Seattle, Wash.) and the International offered support in various ways throughout the process. It was a true team effort.

Getting to the negotiating table is statistically very difficult — the result of hard work, collaboration and true worker solidarity. These workers ran just such a campaign.

By spring of 2021, about 70% of the bargaining unit of workers signed cards, and Local 16 filed for an NLRB election. The election was scheduled for mid-June 2021. Armed with facts, the workers proudly wore union swag onto the production floor. Fortunately, the advice and information organizers shared with the workers had inoculated them against 360’s anti-union rhetoric. A union buster was called in, and that guy didn’t even have a chance! Our workers challenged the propaganda they heard throughout many captive audience meetings. Every form of intimidation from the bosses was met with brave resolve. Rather than cowing, the workers grew stronger. When the votes were tallied, the union supporters prevailed 12–9!

As contract negotiations grind on, we should all be proud of the hard work, collaboration and solidarity shown by our organizing sisters and brothers.