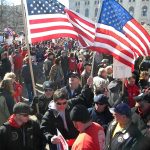 Republican leaders in Wisconsin are fast-tracking right-to-work for less legislation and Gov. Scott Walker’s spokeswoman said Friday he would sign the measure, despite refusing to say whether he would do so in his re-election campaign last year.

Senate Majority Leader Scott Fitzgerald and Assembly Speaker Robin Vos said that the Legislature would call an extraordinary session and allow votes on the legislation that could occur within a week.

The legislation hasn’t been introduced yet, but such measures allow non-union workers to opt out of paying dues and become free-riders while enjoying all of the benefits of union representation while contributi 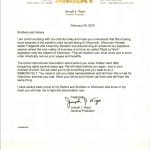 ng nothing to it.

SMART General President Joseph Nigro has sent a letter to all Wisconsin members, notifying them of the imminent legislation and pledging the full resources of the International to assist in fighting it off. Wisconsin Members can take action at this link.