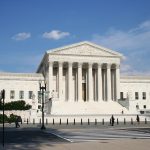 Eleven unions filed petitions in a local W.Va. court arguing that the state’s new “Right-to-work” law amounts to an illegal seizure of their property and resources. The bill was vetoed by Governor Earl Ray Tomblin, however, his veto was overrode by a Republican majority in the House of Delegates.

The legislation allows workers to opt out of paying union dues and instead serve as free riders – meaning take advantage of the benefits that come from a collectively bargained contract. The lawsuit contends that amounts to an illegal taking of unions’ property and resources, since state and federal labor laws require unions to negotiate contracts and provide representation to the non-union employees at “considerable cost” to union members.

The lawsuit also Brown v. Board of Education as well as the 1st and 14th Amendments:
It compares the right-to-work law with laws passed in Southern states in the 1950s as part of the massive resistance to the U.S. Supreme Court’s desegregation orders in Brown v. Board of Education, with legislation intended to discourage membership in the NAACP — laws that were ultimately overturned in court for violating 1st and 14th Amendment rights of free expression and association.

In April, a Wisconsin circuit court judge overturned that state’s right-to-work law in a case that made similar arguments. That ruling has been stayed, pending an appeal to the Wisconsin state Supreme Court.