Two-person crew made law in Colorado 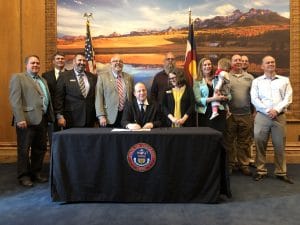