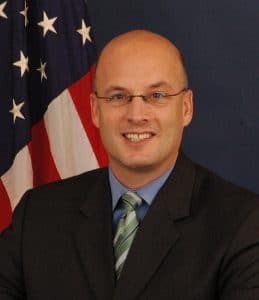 Surface Transportation Board (STB) Vice Chairman Daniel R. Elliott III announced he will leave the Board September 30, 2017. He informed President Donald J. Trump of his plans by letter.

Vice Chairman Elliott was appointed Chairman by President Barack Obama and joined the Board on August 13, 2009, following his Senate confirmation. He served as STB Chairman until December 31, 2014, and returned for a second term on June 26, 2015. He served as Chairman until January 25, 2017, when President Trump designated Ann D. Begeman as Acting Chairman.

“It has been an honor to serve the United States at the Surface Transportation Board. My tenure as Chairman and Vice Chairman of the agency has brought both rewards and challenges, but most of all an appreciation for the sophisticated rail transportation industry and its shippers that serve as the backbone of our nation’s economy,” Elliott said. “A lot has occurred since I first joined the Board, from new regulatory proposals to becoming independent from the Department of Transportation. But one thing has remained constant, and that is the distinguished group of professionals and good people at the agency that I have had the privilege of working with for the last eight years.

“During the six years that I have worked with Dan, I have always appreciated his genuine dedication and commitment to the Board’s work and to the transportation community—both shippers and railroads alike,” said STB Acting Chairman Begeman. “I particularly admire the respectful manner by which Dan treats everyone he meets. I will miss having Dan as a colleague, but wish him much success as he enters the next new phase of his career.”

STB Member Deb Miller said, “When I first came to the Board, the agency was in the midst of several difficult issues and as the Chairman at the time, Dan helped me quickly transition into my new role. Since then, the Board has undertaken a number of important regulatory initiatives in which he was instrumental. Dan will be missed at the Board, and I wish him well in his future endeavors.”

Prior to his appointment to the STB, Elliott worked in the UTU’s legal department.