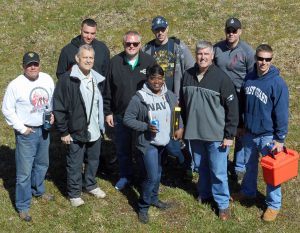 As title sponsor, SMART Played a significant role in the event’s continued growth by securing additional sponsors and encouraging them to donate shooting spots to wounded veterans or active duty military men and women.  SMART General President Joseph Sellers, Jr. and former General President Nigro gave speeches and recognized the sacrifice of the military service men and women in attendance.

“The New Jersey Shoot brought together the young and old, men and women, novice and experienced shooters, active service members and veterans, members of all different union trades and union partners, through a shared passion for the outdoors and the shooting sports,” said General President Sellers.  “Thanks to those who participated, USA and our sponsors for another great event, all in support of this worthy cause.”

The Union Sportsmen’s Alliance is a union-dedicated, 501(c)(3) nonprofit organization whose members hunt, fish, shoot and volunteer their skills for conservation. The USA is uniting the union community through conservation to preserve North America’s outdoor heritage.