The SMART Transportation Division opened its Boston regional meeting July 1 with a town hall forum at which SMART members were able to pose questions directly to the union’s leadership.

More than 800 members, guests and presenters are attending the regional meeting. 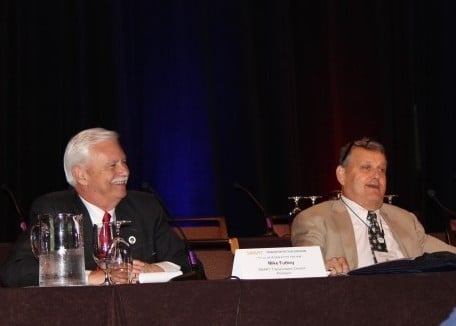 “We have a (competitive) edge in this country because of a great transportation industry,” Said Lynch. “There is an ongoing need to focus on that competitive advantage so we don’t lose it.”

Lynch said he recently sponsored a rail summit and traveled to Mumbai to study the weaknesses in their rail security system following terrorist attacks there. He also discussed rail security issues with representatives from the United Kingdom and Russia.

“The next threat, I think, will be to our local rail systems and infrastructure,” he said. “There is a growing sense of awareness that this is an area both Democrats and Republicans can agree on. We have grown complacent when it comes to our rail security.” 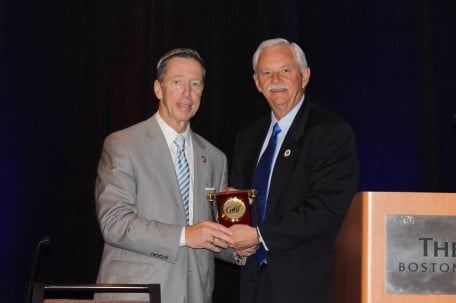 He told the transportation employees and guests that the railroad of the future is coming, but that additional resources are needed.

He said that long-distance trains do not make money and have never made money, but that they provide a means of travel for many individuals who do not have access to other modes of transportation.

Referring to government funding of Amtrak, Boardman stressed that “it is not a subsidy, it is a cost for providing mobility. We are destroying long-distance trains by de-capitalizing them. We need to change that.” 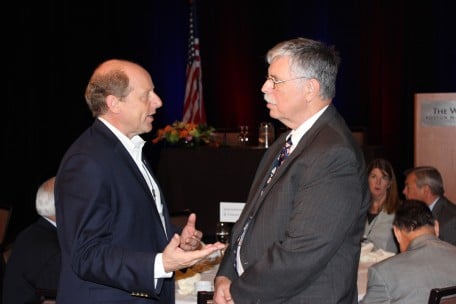