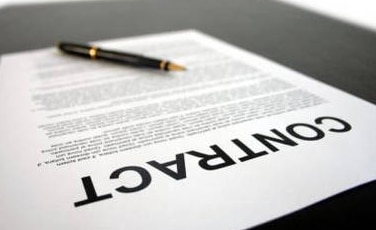 Railroads represented by the NCCC include BNSF, CSX, Kansas City Southern, Norfolk Southern, Union Pacific and many smaller railroads. Some 38,000 UTU members, including yardmasters, are covered by the tentative new agreement.

Additionally, forums will be scheduled nationwide at which UTU International officers will brief members on the contract’s details and respond to member questions. A ratification vote will later be scheduled.

“In the 41-year history of the UTU, this wage increase is the highest in excess of the current and projected consumer price index,” said UTU International President Mike Futhey. The Consumer Price Index, or CPI, is a barometer of prices for goods and services as measured by the federal Bureau of Labor Statistics.

“Combined with the previous agreement this administration reached with the NCCC in January 2008, our members will realize a more than 40 percent increase in their base wages at the conclusion of this agreement, if it is ratified,” Futhey said. “A UTU member earning $80,000 in 2007 will be earning about $112,000 on the same job by 2015.”

The tentative agreement is retroactive to Jan. 1, 2010, and extends through Dec. 31, 2014. The contract provides that retroactive pay, commencing with the July 1, 2010, increase, will be made by the carriers within 60 days of the effective date of the final agreement.

The cap on employee health care cost contributions is a major provision of the tentative agreement. The $200 cap on monthly contributions compares with an average of more than $340 monthly paid by workers in other industries.

Without the negotiated $200 cap, and under provisions of current UTU agreements, UTU member health care cost contributions could soar to $355 monthly by 2015.

To retain the current $200 monthly cap, adjustments are made to copayments to reflect more economical ways to purchase medicines and reduce plan costs.

Additionally, the tentative agreement provides that local agreements may be negotiated — not subject to binding arbitration if the sides cannot agree — for alternative compensation, compensated leave, compensation enhancement, and electronic bidding and bumping.

Yardmasters have essentially the same agreement, but with additional pay increases unique to their craft.

To read the tentative national agreements, select one of the links below:

To view a comparison of historic general wage increases to the Consumer Price Index, click here.