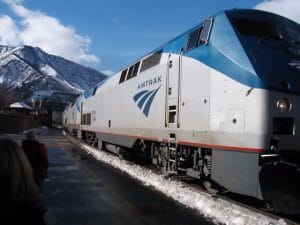 That said, the FY 2012 budget that emerges from a Republican-controlled House of Representatives and Democratic-controlled Senate later this year is likely to be quite different. FY 2012 begins Oct. 1.

The president’s budget request is the traditional starting point for congressional budget deliberations, which this year are expected to be quite polemical and fiery. In fact, Congress still has not finalized the FY 2011 budget, almost five months into the FY 2011 fiscal year. The federal government continues to operate under what are called “continuing resolutions,” which keep in place FY 2010 spending amounts.

Fiscally conservative Republicans already are on the attack against the Obama FY 2012 budget. For example, while the president’s budget request would provide Amtrak and high-speed rail with billions more in funding, House Republicans will consider this week significant cuts to Amtrak’s current fiscal federal funding, which, if enacted, could result in thousands of layoffs of Amtrak workers.

Substantial cuts in Amtrak funding and employment rolls would directly impact the Railroad Retirement system, placing Tier II Railroad Retirement benefits for all current and retired rail workers in jeopardy. For more on that concern, see the link at the end of this article.

The budget request, however, requires Amtrak to compete for funds against high-speed rail projects in what President Obama calls a “race to the top process.”

A request to create a more broad Transportation Trust Fund — encompassing all surface transportation project funding, including passenger and freight rail, transit and highways — is certain to spark congressional controversy. The trucking industry has long been protective of the Highway Trust Fund, which would be included in the enlarged trust fund.

To learn more about the House of Representatives attack on Amtrak and high-speed rail, click on the following link: