November election all about saving middle-class

If you’re part of a working family and attracted to some of the positions of the Tea Party, you had best check the bait for a barbed hook intended to reel-in labor unions, government-provided benefits such as Railroad Retirement, Social Security, Medicare and unemployment insurance, and workplace safety protection.

That was the unvarnished message from U.S. Rep. Steve Cohen (D-Tenn.) July 23, as he told some 1,000 UTU members at a regional meeting in Memphis that the Tea Party has become so extreme that it is driving from the Republican Party those of moderate political positions who once made bipartisan cooperation possible in Congress. “The Republican Party as we know it today is run by Tea Party extremists,” Cohen said.

He contrasted the approach of Democrats and moderate Republicans in Congress – who historically worked to create jobs and protect the middle class – with today’s Tea Party extremists, whom he said are committed to revoking collective bargaining rights, repealing workplace safety laws and regulations, and spending more supporting foreign wars than rebuilding a crumbling American infrastructure that would “create American jobs in America.

“I’m a liberal and I don’t hide it,” Cohen said. “I’m inspired by John F. Kennedy, Adlai Stevenson, Lyndon Johnson and Hubert Humphrey,” all praised by Cohen as having worked “to give people a step up” by a government “that provides for the common good.”

If Mitt Romney and Republicans beholden to the Tea Party win in November, said Cohen, “they are coming after you – your jobs, your working conditions and your economic standards.”

To combat the anti-union, anti-middle class Tea Party agenda, which Cohen said is bankrolled by conservative billionaires, the middle-class must contribute to union PACs, register to vote and help get out the vote on Election Day for candidates who support the middle-class. “This election is about [saving] the middle-class,” Cohen said.

Cohen, who spent 24 years in the Tennessee state senate before being elected to Congress in 2006, has a 100 percent voting record on issues of importance to working families, according to the AFL-CIO. He is a member of the House Transportation & Infrastructure Committee. 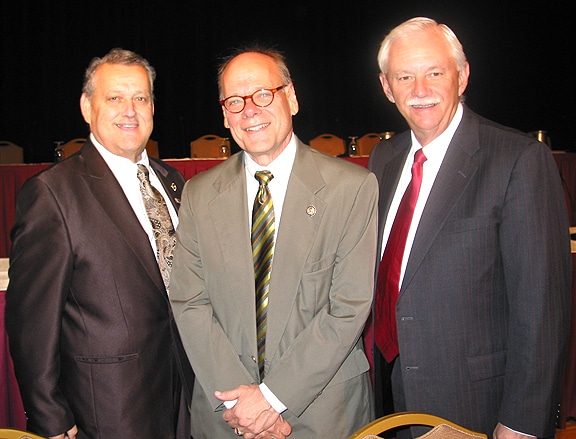