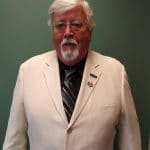 As a second generation Sheet Metal Worker, Jim Paquette started in the trade working as an Apprentice shortly after his high school graduation in 1978. Completing a four year apprenticeship in 1982, he over the years has had the opportunity to work in most trade areas from shop fabrication to the installation of all types HVAC products as well siding and roof decking and served as a job site steward for several large industrial projects sites including job site foreman.

An avid motorcycle enthusiast he purchased his first Harley Davidson motorcycle just out of high school before entering work in the trade. He has ridden all along the west coast stretching from the Alaska border as far south as Cabo San Lucas Mexico attending the Sturgis Rally three times over the years after making four attempts.  He continues to enjoy riding motorcycles whenever he has the opportunity.

Following successful completion of Labour Management Studies program at British Columbia Institute of Technologies, he was first elected to hold Local Union Office as a Business Representative in 1997 and attended the New Business Agents Class held that year at the National Labor College. He was re-elected as a Business Representative and in 2003 was nominated and elected to serve his local union membership as the Business Manager / Financial Secretary Treasurer and has been consistently re-elected afterwards.

In addition to his duties as Business Manager / Financial Secretary Treasurer  for his home local union he also currently holds the position of President for both the Canadian Council of Sheet Metal Workers & Roofers and the Western Canadian Conference of Sheet Metal  Workers & Roofers and also serves the British Columbia & Yukon Territory Building Construction Trades Council elected to the position of Financial Secretary Treasurer and is co-chair of the British Columbia Jurisdictional Assignment Plan of the Construction Industry.

He has served SMART whenever he has been asked to do so including being appointed Chairman for an International Trial Committee, and also continues to serves both the US and Canada as a Trustee of the SMART Local Union & Councils Pension Plan, and is also a member of the SMACNA / SMART Best Practices Task Force which seeks to improve labour relations between management and labour as well as improving work opportunities on both sides of the border.