NATIONAL CONTRACT UPDATE: Ballots are on their way to members

Members of SMART TD eligible to vote on the tentative National Rail Agreement will be receiving packets in the coming days, triggering the 21-day balloting period.

Balloting packets left a production facility in Michigan on Friday, which caps off a process that began Oct. 6 when the tentative agreement was reached. 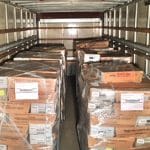 Inside the packets, members will receive a bound agreement booklet, a letter from SMART TD President John Previsich, a letter from Union Pacific General Chairperson Brent Leonard and a synopsis of the tentative contract. Voting instructions included in the packet have a 12-digit access code for each member to use when casting their vote via telephone.

Heralding the arrival of the agreement is a Special Edition of the SMART TD News mailed Monday that contains comprehensive facts about the agreement, including information on wage increases and the health plan. 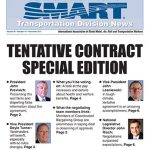 Balloting will continue through the month of November.

For an additional update from the Collective Bargaining Group, click here.