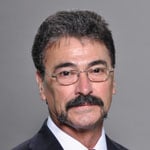 UTU-represented members employed by Intermodal Services of America (ISA), which does contract switching for Union Pacific at Joliet, Ill., and Chicago, have ratified their first collective bargaining agreement (CBA).

ISA voluntarily recognized the UTU as its transportation workers’ bargaining representative in 2011.

The five-year contract provides for retroactive pay, a steep jump in hourly wages, a 401(k) plan, a health insurance plan, sick pay, paid vacation, and a discipline program requiring all investigations include the presence of a UTU representative.

Rich Ross, the UTU’s director of organizing, and International Vice President Paul Tibbit negotiated the agreement. “Paul met with ISA workers on all three shifts to learn their concerns, and brought these concerns to the bargaining table to produce an outstanding first agreement with ISA,” Ross said.