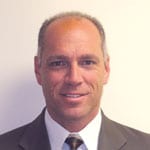 Anthony Simon, general chairperson on Long Island Rail Road, has been elected to a four-year term as chairperson of District 1 of the UTU’s Association of General Chairpersons.

District 1 is made up of some 190 railroad general chairpersons. Its purpose is to formulate concerted movements relating to wages, rules and working conditions of transportation service employees represented by the UTU.