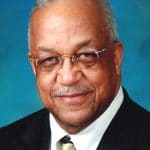 The new contract provides for wage increases, a signing bonus, improved work rules, narrows the pay gap between the top and bottom tiers of employees, and maintains health care and pension benefits.

“We have high praise for all the general committee and local officers who supported our efforts during a difficult two-year process to obtain this agreement,” Baffoni said. “We gained stability and job security in a very troubling economic environment and we are in a position to build on this agreement, on behalf of our membership, in better economic times.”