UP announced last week that it was doing away with its Neff Yard in Kansas City, Mo., and with it 200 well-paying rail jobs evaporate.

The short-term benefits of these and other workforce reductions by carriers in the name of PSR result in a few more bucks for Wall Street shareholders — the end result of PSR for all to see.

Ignored is the long-term damage done to customer service as the carrier tries to adapt to the change it has made to operations, to equipment because of deferred maintenance, to the lives of employees – both those who are left jobless and those who have to work even harder to pick up the slack — and to the economies of communities in which those good-paying rail jobs have vanished.

UP’s not alone. Right around Labor Day at two locations in Pennsylvania and one in Virginia, Norfolk Southern cut nearly 300 jobs. What do the two carriers have in common? They’re both knee-deep in PSR.

SMART TD leadership backs Kansas State Legislative Director Ty Dragoo, who wrote a letter to explain to members of the general public about what the carriers are really doing.

We support the Kansas State Legislative Board’s efforts to preserve jobs in the face of carrier cuts and hope that other members of rail labor follow his lead. SLD Dragoo’s letter is reproduced below. He is not being silent, and we will not be silent.

America’s railroads are going through a round of job cuts. But at what cost? We, the public, are paying for significant Wall Street gains while selling out our communities.

Union Pacific has announced the closure of Neff Yard in Kansas City. Now you get to hold the bag as UP takes the money to the bank. 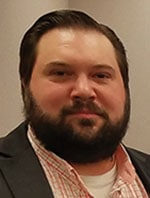 Union Pacific Railroad’s decision this week to abolish 200 positions at Neff Yard follows similar force reductions by the other major freight rail systems across the country.

The cuts aren’t due to burdensome corporate taxes. Union Pacific disclosed in 2017 the estimated impact from the Tax Cuts and Jobs Act in a filing with the Securities and Exchange Commission. That disclosure saw some shocking amounts of money to the tune of $6 billion.

The $5.8 billion benefit comes primarily from the revaluation of UP’s deferred tax liabilities to reflect the new federal corporate tax rate of 21 percent.

Also, UP stated the tax break law would result in a $200 million non-cash reduction to its operating expenses. It is also of note that many states and local communities have subsidized Union Pacific with tax money.

The most-significant financial boost was Union Pacific’s much-lower tax bill for the reporting quarters. Operating income may have increased, which is impressive knowing that workers are responsible for that, but the company’s tax bill since passage has been substantially lower, which has led to a massive increase in net income for the quarters.

Despite taxpayer dollars and tax cuts helping Union Pacific gain more per-share for Wall Street, their way to say “thanks” seems to be, pack up and go. This is leaving behind an economic catastrophe for impacted communities to clean up for themselves. To add insult to injury, the company didn’t even have the decency to warn employees until a few days out.

The cuts are due to insatiable corporate greed. Union Pacific is one of the largest U.S. freight rail operators with annual revenues of more than $20 billion.

While communities struggle with basic needs, education, public utilities, streets, emergency services, food tax rates, sales tax, etc. all at the table for increase when UP wants its cut. You have been paying more while they cut and run. This is a double slap to the face; one we must be vocal about.

These job losses will ripple through the heart of the local economy. Without income and security, workers and families won’t be able to spend on clothes, restaurants, recreation, and much more. Union Pacific isn’t only undermining workers and families, but entire regional economies.

As we stand in solidarity with the Union Pacific workers who are about to lose their livelihoods, we can’t forget that corporate decisions in faraway places leave deep scars in unsuspecting communities. Not only do workers in these communities deserve gratitude, but we must also hold companies who take them for granted accountable. When communities invest in companies, we are investing in jobs.

We kept our promise. Will Union Pacific and other railroads continue to break theirs?

Members in Kansas and Missouri — please take a few moments of your time to tell the elected officials listed below about what you think about the carrier cash grab that is PSR.