Infrastructure package, if passed, will make dramatic and necessary change

The bipartisan Infrastructure Framework and reconciliation package, being negotiated as of press time, presents a historic opportunity for millions of Americans and for the labor movement. If and when it is passed, it will represent the largest infrastructure investment in almost a century, with the potential to create a generation of good-paying union jobs and boost economic growth thanks to the biggest labor reforms since the days of the New Deal.

At the same time, SMART is working on making sure Congress gets this package right. That’s why it is essential that Congress passes the bipartisan infrastructure deal and reconciliation package together and that both contain strong labor and worker protections.

If and when it is passed, it will represent the largest infrastructure investment in almost a century, with the potential to create a generation of good-paying union jobs.

This means any project receiving federal support complies with a base of labor standards that include prevailing wage, registered apprentices, the elimination of misclassification and wage theft, and neutrality agreements so that workers are given a fair choice to form or join a union.

The package includes local hire provisions, so wages stay local, and robust funding for school construction, so schools can improve and update indoor air quality and put thousands of SMART members to work.

President Biden proposed $100 billion for school construction and, as of now, that number is fluctuating during negotiations.

HIGHLIGHTS OF CURRENT STATE OF BUDGET RECONCILIATION:
(as of Oct. 25, 2021)

HIGHLIGHTS OF CURRENT BIPARTISAN INFRASTRUCTURE LEGISLATION FOR SMART:
(as of Oct. 25, 2021) 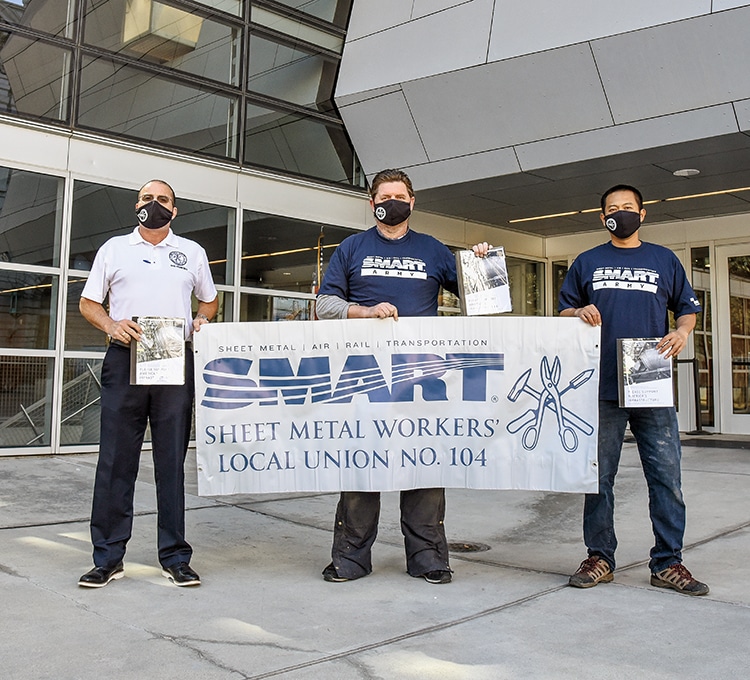 On Wednesday, September 23rd, a delegation of San Francisco Local 104 sheet metal workers delivered signatures from members living in U.S. Rep. Nancy Pelosi’s district on behalf of SMART SM and TD members across the United States. This photo was taken in front of her office prior to making the deliver y. From left to right: Danny Campbell, Business Representative; Aloysius Cummings, Apprentice; Zhi Zhu, Apprentice. 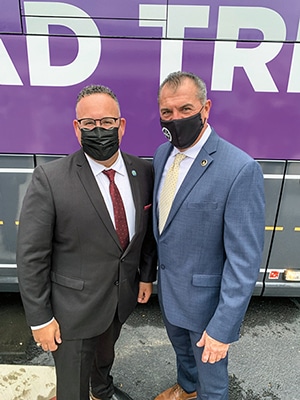 SMART Local 73 sheet metal workers were with the education secretary in Illinois on the return to school road trip. According to LU 73 President and BM Ray Suggs, “using skilled & trained workers for HVAC upgrades & repairs is the key to achieving safe indoor air quality.” 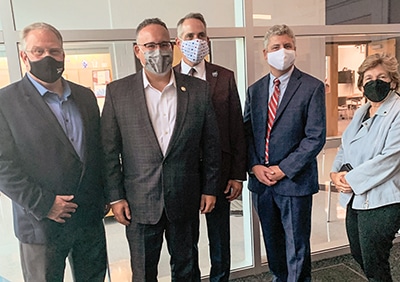