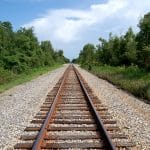 Evoking the investment in American infrastructure by Presidents Franklin D. Roosevelt and Ronald Reagan, Hillary Clinton on Monday unveiled the most sprawling — and costliest — government program of her campaign to date.

“Workers can’t get to work, congestion keeps parents stuck in traffic, floods threaten our cities, and airports leave travelers stranded for hours or even days at a time,” the campaign wrote in a fact sheet about the proposal.