General VP Word: Leaders Must Lead, All Members Must Be Active 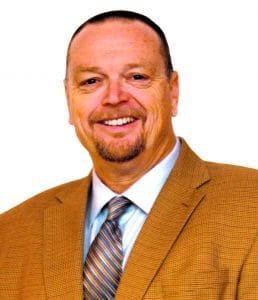 One hundred twenty-five years ago, when this organization was founded, the original members came together for the same reason we are here today, justice in the workplace. The difference is that then there was no well-established organization to advocate on their behalf. They established it and collectively found strength in numbers and in solidarity. Over the years, their efforts created the middle class and the benefits that many of us enjoy today.
Times are now tougher for this union and our members than they’ve been since the Great Depression, and it’s time to remind ourselves what got us here and our responsibility as union members to protect and advance our cause. The leadership of the union, then or now, cannot do it without the membership being actively engaged. As much as we would like to think times are different today, fundamentally they have not changed. Collectively, individuals with a common cause, when organized, can still make a difference.
The one thing we should have learned from the history of organized labor’s plight in this country is that we can never take our success for granted. Over the last four decades, while the middle class and the Labor Movement were lethargic and self-indulged, we’ve seen our good-paying, blue collar, middle class jobs disappear to other countries with less regulation and cheaper labor. The manufacturing jobs that are left here in the U.S. have moved to right-to-work states with low union density and anti-worker politics. The service jobs in the U.S. have felt the downward pressure from the unorganized and from the undocumented workers being exploited by being paid far less than the area standard, not to mention the role technology has played by pitting more people against each other for available jobs in a shrinking market.
This could not have happened with the appropriate laws, policies, and tax codes in place at the federal level. Europe has also suffered economically over the last decade, but with the exception of one or two countries, working families there have not seen the same erosion of earning power as we have in the United States. There is a reason for this.

Over the last 30 to 40 years Corporate America has hijacked our political system and then destroyed laws that had been in place for decades to protect the banking/financial industry, consumer and workers’ rights, U.S. treaties, etc. The hijack was accomplished with the help of elected leaders from both political parties—truly a bipartisan disaster that, if left unchecked, will be the demise of this nation. The political system is broken. It is not serving the American worker, and the middle class suffers and feels helpless.

So what’s the answer? If the problem was designed by people, it can be fixed by people. The solution sounds simple, but it’s not; however, it can be accomplished.
Staying actively engaged in local politics, and staying in touch with our endorsed elected leaders, is imperative for labor and the protection of middle-class jobs for sheet metal workers. Local, state, and federal leaders exercise authority over public construction programs that can create millions of construction hours on public projects. They also approve or deny private construction projects based on a variety of issues; one should be whether they provide area standard wages for local workers. Sheet Metal Local 104, District 1, along with other construction unions, has secured tens of millions of hours for our members by participating in local politics. But with thousands of public entities in Northern California alone, it’s a challenge, and organized labor needs both human and financial resources from every member in order to be successful.

Most politicians from both parties build a political career over years, starting out on planning commissions, school boards, city councils, etc., and then moving up to state and  federal offices. By the time they’ve climbed up the political food chain, they’ve acquired a broad base of supporters, and the prediction of how they vote on issues is pretty consistent with the needs of their supporters and their political party’s philosophy. No news flash here. At the top end of the game, they have to raise millions for their campaigns, and that’s where labor gets dwarfed financially by big business. If we did not support and establish a relationship with these politicians early in their careers, most likely we will have little access or influence in the future. We may not like it, but it’s a fact.

Organized labor in California has done a good job in holding the line for the middle class by helping labor-friendly candidates get elected. However, California also has some of the most conservative elected leaders in the country, and—make no mistake— the opposition is raising the ante, hoping we will not be able to sustain support and will have to fold, as they have seen happen over and over again in other states. A lot of the same bad actors that helped orchestrate and implement the demise of organized labor in other states have set their sights on California and are basically telling organized labor, “Game on.”
Labor leaders are sometimes reluctant to tell members the truth about issues or conditions that could have a negative impact on their future wellbeing, for fear the members might blame them for the condition or the fact that they haven’t addressed it and don’t have a plan to fix it.

Local 104’s administration takes pride in full disclosure of the state of the union and the challenges it faces. Our members can see what is happening around them and to their friends. If we don’t tell it like it is, we will never get their support to do what must be done to fight back. Our members and staff are leading the charge to secure hours and protect middle class values by increasing union density.

In Local 104, the leadership recognized our success was limited due to the shortage of human and financial resources necessary to cover all 46 counties. We went to the membership three years ago and explained the situation and the opportunities that were available if the membership stayed informed and involved in their local communities. Members need to know about proposed construction projects and other issues affecting labor in their towns and counties. They must actively participate in the process, to ensure these projects bring good middle-class union jobs to the community. We explained this was going to take additional PAC contributions, staff, consultants, lawyers, researchers, a regional strategy and members in every community ready and available to make this work.

I’m proud to say that the membership overwhelmingly adopted what we call the Campaign for Jobs (“CFJ”). The CFJ calls for the leadership and members alike to take ownership of their future. We took what the leadership had been doing in the past and improved it tenfold. With the support and participation of the membership, we are performing more like a team, which is reflected in the millions of hours we have successfully secured for the members of Local 104 through binding contracts with private developers and public entities.

In May 2012, Local 104 and Local 162 (now Local 104, District 2) merged, and the main reason was that both locals realized the value of our combined resources and regional continuity. Our assumption was correct. With the leadership of Assistant Business Manager Dennis Canevari, along with staff and membership support, Local 104, District 2 has secured several PLAs with total construction costs of approximately $1 billion, creating future work hours for our members.
A few years ago, Local 206 (San Diego) Business Manager Joe Powell recognized the success we were experiencing in Northern California in securing work in the school districts. Brother Powell saw how the CFJ in the Bay Area was approaching school construction, and he partnered with the districts and built long-term beneficial community relationships. Joe was ultimately successful in spearheading the efforts of the San Diego local building trades to secure billions of dollars of work within the school districts and other venues—in a city with a history of not being friendly to organized labor.

It’s hard work and time consuming, but good old fashioned activism still works when we all support and work at it continuously. As long as we have a democracy in this country, our collective voice and our vote is the only equalizer the working class has. It worked in the past, and it will work in the future. The one difference between the Great Depression and the Great Recession is that labor came out of the Great Depression with the New Deal, which improved the conditions for working families for decades. It’s time for labor to make its voice heard once more. Let’s all begin at the local level and work our way up. Remember, the U.S. Senate and House are made up of many small districts throughout the country. We can make changes the same way you eat an elephant: one bite at a time. It’s time labor across the country works up an appetite.