The Federal Railroad Administration has called attention to an injury where a conductor, while lifting the operating lever on a freight car, was dragged four car lengths after the lever became tangled in the hammer loop of his coveralls. 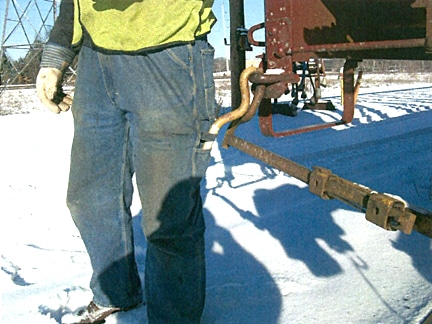