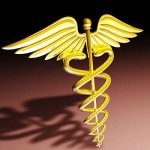 Almost 26 million Americans suffer with diabetes. Shockingly, another 79 million have pre-diabetes, and many are not even aware they have the disease.

It is estimated that by the year 2050, one-in-three American adults will have diabetes unless serious steps are taken to stop or prevent it.

Diabetes often goes unnoticed and, therefore, untreated because the associated symptoms seem harmless. But they are anything from harmless.

Learning the symptoms of diabetes is important as early detection can lessen the chance of developing more serious complications from this disease.

Diabetes is a disease characterized by high blood glucose levels that result from the body’s inability to produce and/or use insulin.

There are three types of diabetes:

Type 1, also known as juvenile diabetes, is usually diagnosed in young adults and children and accounts for about 5 percent of all diabetics.  Insulin therapy is needed because the body does not produce insulin.

Type 2, also known as adult onset diabetes, it is the most common form of the disease. More than 90 percent of all diabetics have Type 2. Type 2 diabetics can produce insulin, but either the pancreas is not producing enough insulin or the body cannot use the insulin adequately.

What are the symptoms of diabetes?

Diabetes often goes undiagnosed because many of the symptoms seem harmless or go unnoticed. Learning the symptoms of diabetes is important as early detection can decrease the chance of developing more serious complications from this disease.

Who is at greatest risk for Type 2 diabetes?

What are the health risks of diabetes?

Diabetes is the leading cause of kidney failure and of new cases of blindness among adults. More alarming, two out of three people with diabetes will die from heart disease or stroke.

The good news is that many individuals with diabetes can prevent or delay the onset of the complications of this disease with proper treatment and recommended lifestyle changes. Some of the more serious health risks are:

Contact your physician if you have any of the symptoms of diabetes.