Davis Bacon Protections May Be On the Line 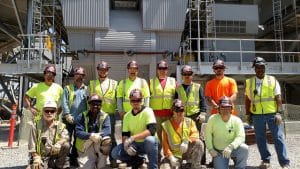 The Davis-Bacon Act, passed in 1931, requires that certain workers, predominantly those employed in the building trades, be paid a prevailing wage.

The point of the Davis Bacon Act was to make sure that Federal money is spent to invest in communities and does not drive down wages.  Repealing prevailing wages will undermine good jobs and the wages that strengthen the American economy.

Contact your Senators to urge them to vote NO to Senator Flake’s repeal of Davis-Bacon on these federally funded projects.