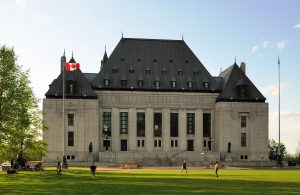 The ruling comes in response to the Saskatchewan Federation of Labor’s legal challenge of a 2008 provincial law that limited who could and could not strike.  Opponents of the law argued that the Saskatchewan government hoped the legislation would allow the government to unilaterally determine who was essential and who was not.  The legislation did not include any type of dispute resolution process and was handcuffed by the Saskatchewan Labour Relations Board.

This decision comes on the heels of a decision from the Canadian Supreme Court that reaffirmed the right to collectively bargain.  The landmark case centered around the Mounted Police Associations of Ontario, which won the fight against legislation that previously barred RCMP officers from from forming a union.

These decisions are perfectly summed up by Supreme Court Justice Abella who noted that clearly the arc bends increasingly towards workplace justice.