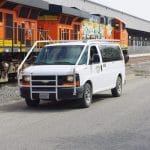 Buffalo-Headquartered Sheet Metal Workers Local 71 is being credited and hailed with starting a successful organizing drive in Western New York that led to transportation crew members for North America’s largest railroads in Buffalo and Rochester and several other New York State cities to Go Union – an effort that’s spread to organizing successes in the states of Pennsylvania and Ohio and is growing into a national campaign.“

Local 71 organizer Joe DeCarlo played a ‘big part’ in all of this,” International SMART (Sheet Metal, Air, Railroad & Transportation Workers Union) Organizing Director Jim White told WNYLaborToday.com during a recent interview from the Union’s Washington, D.C. offices. “(Local 71) ‘kicked this off’ and has been a ‘big component.’ This is one organizing drive they ‘kept on top of.’

The workers will benefit (by being union-represented) and it’s ‘blossomed’ into a regional success story. We’re ‘looking to do more’ and ‘make it happen’ – and so far, it has. Getting a National Agreement (With Renzenberger) will help the industry as a whole. ”

About a year and half ago, the Renzenberger workers – who serve as drivers to transport engineers and conductors from one location to another – here in Buffalo’s Bison Rail Yard – reached out to Local 71 organizer DeCarlo: “they told ss ‘they had to have’ a Union on their rail lines. They Were making minimum wage – around ($7.25) an hour – with no benefits. SMART’s Transportation Division was a ‘perfect match’ for them.”

Renzenberger has more than 200 locations across 31 States and Provinces with a fleet of more than 1,700 vehicles and drivers. The company provides crew transportation services for North America’s largest railroads by shuttling employees in between destinations. In addition to the railroad industry, the company also shuttles oil and gas crews to work sites.

Because it was hard to get all the potential new Union members together in one place to talk with Them and answer their questions, SMART organizers in the locals where the campaigns took place used conference calls and the Unions’ websites to connect with the Renzenberger workers, SMART International Rep White told WNYLaborToday.com.

Eventually management at Renzenberger “saw the worth” in having their transportation drivers become unionized,  DeCarlo Told WNYLaborToday.com: “within two weeks, Renzenberger provided us with their employee’s contact information. They too saw the ‘value’ of what we were doing. These workers work for ‘first class railroads’ and they’re continually on the road. They saw the ‘strength’ in being Union.”

So, what began in Buffalo branched out to other groups of Renzenberger workers performing the same jobs across New York, and in the States of Pennsylvania and Ohio. As a result, the company has signed a national neutrality agreement with SMART, DeCarlo proudly said.

Meanwhile, business manager Helak Heaped Praise on DeCarlo for the job he’s done and for what’s being accomplished: “He’s done an ‘excellent’ job. Joe’s also offered his help to our locals across the atate and into Pennsylvania and Ohio. He’s given his time to be the ‘best representative’ for this growing group of workers – who could use the help. They needed an increase (in wages) and an ‘uplift’ in their jobs and future.”

The work starts now on negotiating first contracts and “getting these guys some benefits,” said SMART International Rep White: “We have to organize this industry so these workers are ‘paid better,’ so it’s not a ‘race to the bottom.’ These companies also want ‘safe drivers’ (to employ) – not someone who has ‘no experience’ or has worked as a cab driver or hotel van driver. The employer ‘doesn’t know’ what they’re getting. “

The Initial Organizing Campaign in Buffalo Started When SMART/Transportation Division Local 1566 Chairman, Brian Sharky Contacted Local 71 About Organizing the Renzenberger Drivers After Being in Direct Contact With the Railroad Employees.

SMART Local 71 won its representation election at Renzenberger in Buffalo in early March by a unanimous vote of the company’s drivers, DeCarlo said. The election involving the 53 Workers actually was a three-way race between SMART, an independent union called the National Production Workers Union.