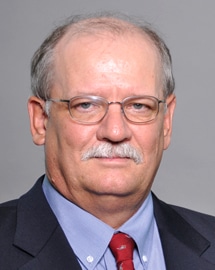 Johnson also served on the UTU constitution committee in 2011.

As a local and general chairperson, Johnson has experience in negotiating agreements and with employee protections, arbitrations and special board proceedings.

Locally, he has served as a board member for the Rose Capital West Little League since 2009.

Johnson and his wife, Rhonda, reside in Tyler, Texas, with their children Kali and Stephen.