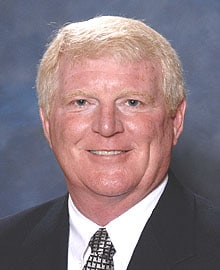 He was elected alternate vice president-South by delegates at the UTU International convention in 2007. Dare was re-elected to the position at the first SMART Transportation Division convention in 2014.

Dare and his wife have three children and seven grandchildren. The family resides in Benton, Ill.