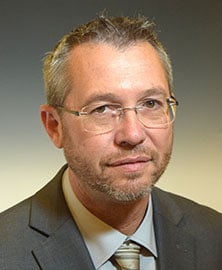 A member of Local 1841 in Klamath Falls, Oregon, Miller became involved with the local early in his career, first holding the office of vice local chairperson in 2002, then on to local chairperson over multiple terms.

At the Second SMART Transportation Division Convention on Aug. 11, 2019, he was elected alternate vice president by delegates.

He and his wife, Delores, reside in Kalipell, Montana.