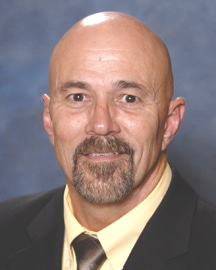 In 1975 he was elected secretary of General Committee GO TMP.

Barrilleaux was elected to various offices in Local 1880 before being appointed vice chairperson in 1993. In 1995 he was elected general chairperson of GO TMP for switchman in the New Orleans Terminal on the Union Pacific Railroad.

Barrilleaux participated in negotiations from 1996 to 1998 to protect union members during the merger of the Union Pacific Railroad with the Southern Pacific Railroad, and the subsequent merging of Local 1880 into Local 1836.

Has served as local legislative representative for his local since 1998.

In 1999, Barrilleaux attended The National Labor College in Silver Springs, Md., for training in union organizing. He worked on a successful organizing campaign in 1999 on the Louisiana and Delta Railroad in South Louisiana.