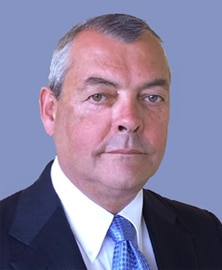 Previsich began his railroad career with Southern Pacific Transportation Company, where he commenced work as a train service operations employee in San Francisco, Calif. He later transferred to engine service and achieved certification as both a railroad conductor and locomotive engineer. He currently holds conductor and engineer seniority on the Union Pacific Railroad in the Roseville Hub.

Previsich started doing work as a local union officer in the mid-1980s. Thereafter, he moved into a system-wide position as a general chairperson in the early 1990s, followed by his election to international vice president in 2007. He was re-elected in 2011, elevated to the position of assistant president in 2012 and assumed the responsibilities of the general secretary and treasurer position Jan. 1, 2013. He was elevated to the position of president effective Oct. 1, 2013, and was elected to that office at the Transportation Division convention in 2014.

During the course of his career, Previsich has advocated on behalf of his members in mergers and consolidations in the rail and airline industries, 13(c) transactions, divestitures, national and local contract negotiations and countless arbitrations and mediations, securing and defending collective bargaining agreements on properties large and small. With extensive experience as a union advocate in both passenger and freight service, he offers institutional knowledge that spreads across all crafts and modes of transportation.

Having a special interest in transportation-industry safety issues, Previsich participates in the Federal Railroad Administration’s Rail Safety Advisory Committee (RSAC) and has served on numerous subcommittees associated with RSAC. In addition, he is a cabinet-level appointee to the National Freight Advisory Committee, a group that reports directly to the secretary of transportation on MAP-21, a program charged with assisting in the development of administration policy on a national freight plan for the 21st century. In addition, Previsich was invited by President Obama to serve on a group to analyze the future transportation needs of America’s ports and terminals.

Having started his railroad career as a helper on a midnight shift yard switcher, Previsich has worked in nearly every rail operating position represented by the SMART Transportation Division and has held nearly every union office at the local, general committee and national level. He is honored to represent the working men and women of the SMART Transportation Division.