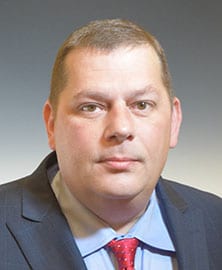 Scott Chelette is general chairperson of SMART Transportation Division GO 927 (Former T&P Property), a position he was elected to in April 2019. As a member of Local 1337 (New Orleans, La.), he has held numerous union positions since 2002.

Chelette started his railroad career in 1996 with Union Pacific Railroad where he worked as a switchman, brakeman, conductor, fireman and locomotive engineer.

He was elected a SMART TD alternate vice president at the Second TD Convention on Aug. 11, 2019.

Born and raised in the Baton Rouge, La., area, Chelette currently resides in Tyler, Texas, with his wife, Deb. They have four children: Brandon, Ryan, Jacob and Alexis.

He is a proud veteran of the U.S. Army.