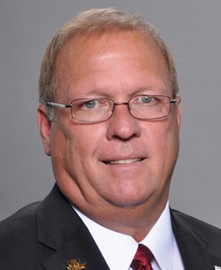 He was elected general chairperson of CSXT Railway General Committee GO 347 in 1996 and continues to serve in that position.

Turner also served as alternate vice president from 2003 to 2007.

Turner and his wife, Mary, reside in Flatwoods, Ky.