Dave Wier, a member of Granite City, Ill., Local 469, began his career on the TRRA of St. Louis in 1974, first as a Trainman and then as an Engineer. Wier was elected by 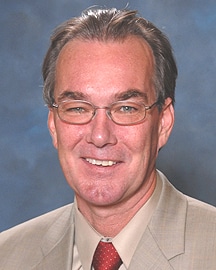 As General Chairperson, Wier successfully negotiated yard trip rates on the TRRA and led the UTU to two (2) successful representation elections on the TRRA of St. Louis and Manufacturers Railway.

Wier has successfully negotiated more than fifty (50) agreements, a number of which have been designed to bridge the gap between pre and post 85 Members.

Wier has served on the Board of Directors since 2009, and also serves as a General Vice President on the SMART General Executive Council.