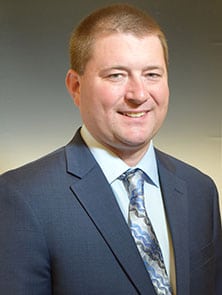 He has served as Local 469’s delegate at the 2007, 2011, 2014, and 2019 UTU/TD conventions. In addition, Wier served as chairperson of the Short Line/Terminal Railroad Caucus at the 2011 and 2014 conventions and has served as treasurer of the District 1 General Chairpersons’ Association.

Wier studied political science at Southwestern Illinois College. He and his wife, Rose, reside in Smithton, Illinois, with their three sons, Zach, David and Drew.