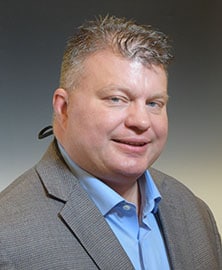 He is general chairperson of GO 256 (Canadian Pacific – Soo Line), serving in that capacity since January 2013, and was elected a TD alternate vice president at the Second SMART TD Convention in Las Vegas on Aug. 11, 2019.

For his local, he has served in a number of officer positions including vice local chairperson, local chairperson, alternate delegate, delegate and trustee. He has been Local 1976’s vice president since 2014 and is secretary of LCA 256A (Soo Line yardmasters).

He received an associate’s degree in fluid power technology in 1993 from Alexandria Technical College and lives in Benson, Minn.

He has three children.