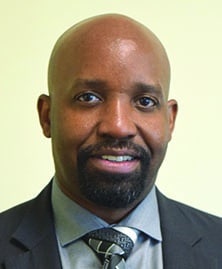 Hughes attended Chowan College and served in the Army National Guard from 1990 to 1998. He began his transportation career with Charlotte Transit in 1995.

He was elected to the office of vice president – bus at the Second SMART Transportation Division Convention in Las Vegas on August 11, 2019.

Hughes and his wife, Lisa, reside in Charlotte, N.C., with their three children and one grandchild.