Ty Dragoo: On Making A Difference By Becoming A Convention Delegate 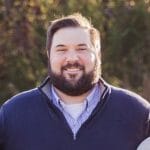 From roll calls and speeches to flags and ticker tape, the national conventions are usually conventional pep rallies for the two major parties. But this year, the Democratic and Republican delegates and the rules that govern their gatherings matter.

On the left, the democratic field is full of candidates.

On the right, Donald Trump is the apparent nominee in the Republican convention.

I have been a national delegate to the 2012 and 2016 Democratic conventions for the State of Kansas. I was first approached about running as a delegate when elected to the labor committee of the Kansas Democratic Party. I quickly realized that this was an excellent opportunity to advance SMART’s legislative priorities. The notion that we, as labor, could have a seat at the table was paramount.

After all, it’s the delegates at the convention — not the voters back home — who have the last word on the nominees.

Any time there’s a closely contested nomination, it does come as a surprise to primary voters that the delegates are the ones who ultimately make the decision. That is why we need as many people in the labor movement involved in this process as possible.

How exactly the delegates do this is complicated. Here are the answers to some questions you may have had about the nominating process.

What is a delegate?

Delegates are the individuals who vote for their party’s presidential nominees at this summer’s conventions. The 2020 Democratic National Convention will be held from July 13th to 16th, 2020, at the Fiserv Forum in Milwaukee, Wisconsin.

Since by tradition, the convention of the party currently holding the White House is held after that of the opposing party, the 2020 Republican National Convention will be held on August 24th to 27th, 2020, at the Spectrum Center in Charlotte, North Carolina.

Who gets to be a delegate?

Most delegates are grassroots party activists who campaign to represent their congressional district or their state at large. But both parties also set aside a certain number of delegate slots for “party insiders.”

On the GOP side, these are each state’s party chair and two Republican National Committee members. The committee members — 112 in all — also make the rules that govern the national convention.

Under the Democratic Party’s system, about one-sixth of the delegates are party officials, members of the DNC, all the Democrats in Congress, all Democratic governors, and distinguished party leaders (such as all former and current presidents and vice presidents). Unlike the Republican party leaders, these 700 or so Democratic superdelegates aren’t bound to primary results and can vote for whomever they wish after the first round of balloting.

How do you become a delegate?

The rules for delegate selection are complex, varying not only by party but by state, by year, and even by congressional districts.

Most states stipulate that elected delegates should be reflective of primary results. The best place to start is to ask your State Legislative Director or State party.

Just how committed are the delegates?

All Democratic delegates, except the superdelegates, are pledged to vote at the convention for their state’s or district’s winner. On the whole, the GOP delegates are also supposed to reflect the will of their state’s voters, but the rules give them some leeway.

Why is it important as a union member to become a delegate?

Here are a few of the reasons SMART wants YOU to serve as a delegate at the national conventions.

The parties need our economic class. States strive to reflect their diversity in the makeup of their delegations. SMART’s membership is comprised of good-paying middle-class jobs, making union members a natural fit.

It’s a powerful way to shape labor policy. Members’ voices deserve to be heard. As a delegate, you’ll help draft the party platform, including making labor a central issue in the upcoming election.

You could end up picking the party’s nominee. If nobody wins in the first ballot, delegates are free to shift their votes to the (pro-labor) candidate of their choice.

Getting to see democracy in action, up close, as a party VIP, is a once-in-a-lifetime experience for most of us.