The contract, which is retroactive to April 1, 2014, and extends until Nov. 18, 2016, covers bus operators, trolley operators and conductors and operators on the Norristown High Speed Line. They are members of Transportation Division Local 1594 at Upper Darby, Pa.

The deal affects more than 350 members and was ratified by 61 percent of eligible voters who participated in the balloting process, said Transportation Division Bus Vice President Calvin Studivant, who assisted with the negotiations.

A side letter to the agreement also calls for the authority to establish a “work zone committee” to address work safety issues as they pertain to the transportation department.

“A lot of hours were dedicated to finalizing this collective bargaining agreement. I commend the local officers for their diligence and preparation and the membership that participated in the ratification vote,” Studivant said. 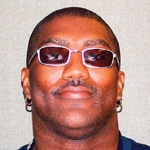 Suicide by rail is no stranger to operators of steel-wheel trollies on Southeastern Pennsylvania Transportation Authority’s Victory Division in suburban Philadelphia.

UTU-represented members of this SEPTA property recall having to plead with management to replace the front facing of a trolley displaying a macabre embedded facial image of a man who chose to end his life in front of a moving trolley.

For trolley operator Waverly Harris, the horror of an attempted suicide Feb. 11 changed his own life forever. Harris, 42, with 19 years’ service, is the property’s general chairperson and chairperson of the UTU’s Association of General Chairpersons, District 3.

The time of the incident was 3:40 a.m., and for months following, Harris habitually awakened minutes before that position on the clock, staring until “3:40” appeared.

It was at just prior to 3:40 a.m., Feb. 11, as snow and sleet fell, that Harris was operating an empty trolley whose purpose was to keep the catenary free of accumulated ice. Abruptly, unexpectedly and frighteningly, the trolley headlight captured an individual standing – then racing – down an embankment toward the tracks.

“I laid on the horn,” Harris said. “I didn’t know if he was being chased. He kept running toward the tracks. I braked. He looked me in the face as I put the trolley into emergency and he faded from view, underneath my trolley.” The man, trapped beneath the trolley, was still alive.

It took 90 minutes for emergency crews to free the man, who survived. The steel wheels had not run over him.

For Harris, the ordeal was far from over. For several months, he met regularly with a grief counselor to talk through the incident and overcome mental anguish, even though there was nothing Harris could have done to prevent it.

Harris returned to work in May, thankful for the counseling and support of his wife and three children. “I still awaken, occasionally, just before 3:40 a.m.,” he said.

If anything positive emerged, it is Harris’ ability now to counsel other SEPTA trolley and bus operators who, unfortunately, will experience similar incidents – and they occur several times annually.

“I now know the mental stress, and I will tell them to stick with the counseling provided by SEPTA, not to be judgmental, and accept the support of their UTU brothers and sisters, their family and friends,” Harris said.

The UTU has gained a new First Transit property in Farmington, N.M., which is now in Local 1687 out of Albuquerque. Contract negotiations have begun.

We also are in the initial stages of organizing some 200 workers on a transit property and a light rail property in Southern California.

I am currently assisting Local 1741, whose members are employed by First Student in San Francisco as they prepare for two arbitrations, including a discipline issue and a workers’ compensation issue. In both cases we are seeking reinstatement of the members.

With assistance from the International Law Department, we recently completed a trial at the National Labor Relations Board over an unfair labor practice at a UTU property in Riverside, Calif., which had been closed without holding negotiations.

We are seeking from the NLRB a severance package for the 135 members who lost their jobs. Final briefs are due in mid-February.

Alternate Vice President Calvin Studivant has been working with Waverly Harris, general chairperson at Local 1574 (Southeastern Pennsylvania Transportation Authority) on numerous grievances where they have settled seven of 10 without having to go to arbitration.

At Local 1715, which represents drivers employed by Charlotte Area Transit System, a driver was reinstated with full back pay after Calvin Studivant defended the driver in arbitration.

In Washington, we are facing a battle with legislation introduced by the House Republican majority attacking transit operating assistance and pushing for privatization that would permit foreign-based operators to enter the U.S. market and access federal transit aid.

This legislation also attacks 13(C) protections of the Federal Transit Act that we worked so hard to protect. They require continuation of collective bargaining rights, and protection of transit employees’ wages, working conditions, pension benefits, seniority, vacation, sick and personal leave, and other conditions of employment, as well as paid training or retraining, when federal funds are used to take over a transit operation.

The UTU National Legislative Office and other transit unions are working to halt this attack, and donations to the UTU PAC will provide additional assistance in this election year.