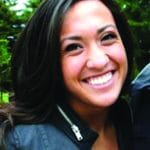 A tentative four-year agreement covering flight attendants employed by Great Lakes Airlines and represented by UTU Local 40 has been negotiated with the carrier. The agreement has been circulated for ratification, with votes to be counted May 17.

The UTU represents some 300 flight attendants and pilots on this regional airline based in Cheyenne, Wyo., and with hubs in Albuquerque, N.M.; Billings, Mont.; Denver; Kansas City; Los Angeles; Milwaukee; and Phoenix.

The agreement provides for wage increases, a signing bonus, a per diem rate, a doubling of the sick-leave accrual rate, improvements to the uniform allowance and relocation expenses, and enhancements in working conditions.

Also negotiated is a significant improvement in the discipline rule, which would require the carrier to hold an investigation, issue a formal decision, respond to an appeal of the UTU, and hold a conference, if requested. An agency shop rule also is included in the tentative new agreement.

UTU International Vice President John Previsich, who assisted with the negotiations, praised the efforts of Local 40 officers “for doing a good job of polling the membership to identify the needs and desires of the workgroup and for attending every session fully prepared and ready to negotiate.

“They did their homework, knew the contract inside and out, and did thorough research on industry-standard pay and rule provisions,” Previsich said. “Their efforts were essential in obtaining such a favorable contract at a time when the country and the airline industry struggles in a very challenging economic and political climate.” Previsich also thanked UTU International Vice President Paul Tibbit for his participation and “wise counsel.”

The UTU continues to negotiate on behalf of Great Lakes pilots, with negotiating sessions scheduled for June and July.