TSA’s proposed rule will require companies to train employees performing security-sensitive functions on how to observe, assess and respond to terrorist-related threats or incidents.

SMART TD and BLET said in their comments:

“We support stronger security training requirements for surface transportation employees who serve a critical role in the movement of passengers and commercial goods nationwide. Train operators in particular are responsible for the movement of hazardous materials, which can be a high-risk target for terrorist attacks.

“In 2014, the Federal Railroad Administration (FRA) published a final rule which established minimum training standards for all safety-related railroad employees, as required by the Rail Safety Improvement Act of 2008. We urge TSA to engage with the FRA to implement improvements to those training standards and make sure that both sets of standards don’t conflict with one another.”

Click here to read SMART TD and BLET’s joint comments in their entirety.

Click here to read all comments submitted to the TSA on this proposed rule.

The airline was originally set to begin flights April 1, but was delayed due to the lack of Transportation Security Administration (TSA) security screening at the Salina airport.

TSA announced at the end of April that they would restore screening service at the airport, but did not say when. Interested parties can begin booking their flights to or from Salina, Kan. now via the Great Lakes Airlines website.

Read more from the Salina Journal.

The TSA Fairness Act (H.R. 4549) passed in the House of Representatives April 13. The bill requires the Transportation Security Administration (TSA) to provide security services at smaller airports that are serviced commercially.

This Act is significant because the TSA currently has the right to refuse service to smaller active airports. A key example is Great Lakes Airlines; the airline has has been unable to begin service at the Salina, Kan. airport (originally set to begin April 1) because TSA has refused to supply security at the airport. 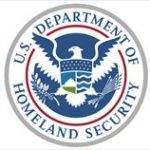 WASHINGTON — The Transportation Security Administration has completed its review of 28 airport access control recommendations provided to the agency by the Aviation Security Advisory Committee (ASAC) at the request of Secretary Jeh C. Johnson, Department of Homeland Security.

The recommendations are the result of a comprehensive review conducted over the course of three months. In January 2015, Johnson asked the ASAC to determine if additional risk-based security measures, resource reallocations, new investments or policy changes are necessary to address the potential insider threat vulnerability at U.S. airports.

As noted in the report, “the recommendations were developed within the context of Risk-Based Security (RBS), a holistic approach to aviation security endorsed throughout every level of the Department of Homeland Security (DHS).”

RBS has proven to be a significantly better system than a one-size-fits-all system because it enables better allocation of resources and it focuses on identifying those with intentions to harm persons and/or property.

“I am deeply grateful to the Aviation Security Advisory Committee for their work developing these recommendations,” said Peter Neffenger, TSA Administrator. “They are instrumental in mitigating the potential insider threat vulnerability at our airports.”

In addition, TSA is beginning a phased implementation approach for FBI Rap Back with an aviation pilot using Dallas-Fort Worth International Airport, Boston Logan International Airport, and Delta Air Lines. The program will enable real time criminal history monitoring of the aviation worker population. Rap Back is part of the FBI’s Next Generation Identification Program, introduced in September 2014.

The agency is acting on all 28 of the ASAC recommendations and has set a definitive schedule for assessing and reporting the results on actions taken based on the recommendations.

Four of the recommendations are closed:

The other 24 recommendations are open and are the subject of ongoing activity by TSA with identified milestones.

TSA’s actions resulting from the study and implementation of the ASAC recommendations are intended to reduce opportunities to participate in misconduct for the few aviation workers who intend to do so. The actions will increase TSA’s ability to ensure that access to secure areas is only granted to those who should have it and is denied to those who shouldn’t. Finally, they will increase every aviation worker’s expectation that all workers will be subject to screening at some unexpected point during the workday.

TSA is working with ASAC to:

TSA will continue to work with the ASAC to strengthen the overall security of our commercial aviation network and mitigate the potential insider-threat posed by aviation workers.

The agency will provide the ASAC with regular updates on progress associated with all open recommendations until each is closed.

BOSTON – With news stories lately about train wrecks involving crude oil – the Bakken crude oil boom is fueling that – you may have wondered what steps were being taken to make sure those cars stay on the track, especially in densely populated urban areas such as Providence or Boston.

I did too, and began digging into it. Quite by accident I discovered some truly bad news, not involving crude oil tankers, but involving so-called “toxic inhalant hazard” cars, which, as it turn out, are far more dangerous.

Read the complete story at the Providence Journal.

A grey four-door sedan occupied by two men that shows up at railroad facilities.

The men claim to work for the Federal Railroad Administration. That say they are there to inspect a bridge, or to observe train and engine crews switching tank cars in a yard.

But when asked for their identification, the two men immediately drive away in their grey sedan.

That’s the story told by a Canadian Pacific railroad bridge tender in Milwaukee, Wis., and 31 hours later by a Union Pacific supervisor 2,100 miles southwest of Milwaukee at a UP yard in Long  Beach, Calif., where tank cars were being switched.

Although the bridge tender notified Canadian Pacific police, and the UP supervisor notified the FRA – both providing a description of the vehicle and the two occupants — neither was able to obtain the vehicle’s license plate number.

The Transportation Security Administration (TSA) is investigating. The FRA said that in neither of the reported incidents were their employees nearby.

For it to be the same vehicle and same pair of men in Milwaukee and Long Beach — 2,100 miles apart — they would have had to travel non-stop at 68 mph for 31 hours.

So, could they be separate sets of federal officers in a similar sedan testing security awareness? If not, then …?

It’s the, “If not, then … ?” that is so properly worrisome in this era of worldwide terror attacks.

The FRA and TSA continue to remind front-line rail employees that they are the critical eyes and ears first able to spot and report potential terrorist activity.

Advises the FRA and TSA:

* Request credentials of any person claiming to be an official government inspector, law-enforcement officer or representative.

* Stay vigilant for suspicious people, behaviors, activities, and objects at and near rail facilities.

* Review these procedures with other employees and supervisors during awareness briefings.

Train and engine employees are the eyes and ears of every railroad, and most often the first to recognize threats and provide a response.

The UTU is currently engaged with Amtrak in seeking federal funds to finance training of conductors, assistant conductors, on-board service personnel and yard employees to enhance their abilities to recognize behavioral traits of individuals intending to engage in terrorist activity. This project will include coordination with the Transportation Security Administration.

Under the leadership of my administrative assistant, Bruce Feltmeyer (Local 1402), we have proposed a federally funded joint effort with Amtrak to develop situational awareness training of Amtrak employees best positioned to recognize impending attacks, whether it be aboard trains, in stations, in yards or along the right-of-way.

The core of the project is to produce a security awareness manual for front-line Amtrak employees, presenting various terrorist scenarios and means of recognizing behavioral traits of those intending to cause harm to physical facilities, passengers and Amtrak employees. This manual will be accompanied by a scenario-based video.

Bruce is uniquely qualified. During his years of rail service, he has developed training programs for the on-line UTU University; and, as a Union Pacific employee, he helped to develop customer-service related training materials for conductors and newly hired managers. He also taught business software as an adjunct professor at a St. Louis community college.

As the UTU and Amtrak are painfully aware, millions of dollars are being spent to recognize and prevent terrorist threats at airports and aboard aircraft, but far fewer funds are allocated to protect the nation’s rail, transit and bus infrastructure. At train, transit and bus stations, passengers routinely board trains and buses with backpacks and luggage that is not screened.

If our joint funding grant is approved, the UTU and Amtrak jointly will build upon those efforts to enhance the ability of front-line Amtrak employees to recognize threats and learn how best to report concerns to dispatchers and law enforcement.

Terrorist threats are real and have been carried out against rail, transit and bus operations in other nations. Enhanced security that directly involves front-line employees protects our livelihoods. The UTU is capable, willing and anxious to play a key role training front-line employees to help protect our ground-based transportation networks.

On a related note, those attending UTU regional meetings in Phoenix and Asheville this summer will have opportunity to attend four-hour workshops hosted by the National Transit Institute of Rutgers University. Presentations will be made on existing surveillance monitoring techniques and methods of identifying would-be terrorists intent on using explosives, biological chemicals and/or firearms in an attack.