The ongoing coronavirus pandemic had added even more potential risk to our members working on New Jersey Transit (NJT) and other carriers. Beyond their daily duties of keeping things moving, the need for workers to enforce COVID safety measures increased the potential for conflict and violent incidents with dangerous outcomes for workers, riders and even the public.

Two assaults on NJT workers drew headlines through the autumn. A union tracking violence against NJT workers reported more than 130 instances of workers being attacked. Something needed to be done.

In response, Studivant and Sabol, in conjunction with SMART-TD legislative and legal leadership, developed and presented what became the Motorbus and Passenger Rail Service Employee Violence Prevention Act.

On Jan. 10, that legislation was signed into law by Gov. Phil Murphy.

“I’m very proud of what this law accomplishes in protecting transportation workers in our state,” Sabol said. “It took the help of many people on both our side, including National Legislative Director Greg Hynes and TD Designated Legal Counsel Safety Coordinator Larry Mann, the persistence of other labor organizations, and a receptive, bipartisan group of legislators to get this done.”

Assemblyman Daniel R. Benson (D-Dist. 14) and state Sen. Patrick J. Diegnan Jr. (D-Dist. 18) were the driving forces behind the versions of the Motorbus and Passenger Rail Service Employee Violence Prevention Act that ran concurrently in rapid fashion through both chambers of the New Jersey Legislature. On the Republican side, State Sen. Robert R. Singer (R-Dist. 30) also championed the bill that gained massive support from both parties in the Senate.

“We cannot thank Assemblyman Benson enough for his diligence and his amazing effort in putting in the time to make this legislation succeed,” Sabol said after the bill’s signing. “He spent hours engaging fellow legislators with in-depth discussions as he proposed and helped to advance the legislation. The same goes again with state Sens. Diegnan and Singer, who were instrumental in initiating and retaining the overwhelming bipartisan support the law gained, and, of course, Gov. Murphy.”

“Transportation workers are far too often subjected to vicious attacks by irate passengers for simply doing their jobs,” said Benson, who serves as chairperson of the Assembly Transportation and Independent Authorities Committee. “Our bus and rail employees must be protected as they fulfill their critical duties on behalf of the hundreds of thousands of commuters in our state.”

“This bill, while long overdue, is right on time,” Vice President Studivant said. “The collaborative efforts to secure this piece of legislation is a testament to the men and women who face adverse conditions on a daily basis for simply doing their jobs of moving the people of N.J.”

“Congratulations to Vice President Studivant, SLD Sabol and the New Jersey State Legislative Board for their outstanding work, and thanks to Larry Mann for his guidance in this victory,” National Legislative Director Greg Hynes said. “This legislation could be a great blueprint for other states to follow suit.”

Of note, Gov. Murphy also signed S.771, a second piece of legislation expanding workers’ compensation coverage to include injuries that occurs in employer parking lots. Both SMART-TD and the New Jersey Council of Safety and Health (COSH) supported the bill.

U.S. Rep. Peter DeFazio (D-OR), the chairman of the House Committee on Transportation and Infrastructure, introduced the Stop Sexual Assault and Harassment in Transportation Act (H.R. 5706) Oct. 25, legislation to help protect passengers and personnel from sexual assault and harassment in different modes of transportation that includes the creation of new civil penalties that would apply to physical assaults or threats against Amtrak employees and other covered transportation workers.

“When it comes to the transportation of people, safety must always come first, and that includes protecting people from sexual harassment and assault,” Chair DeFazio said. “With this legislation, we can make important strides toward adequately training personnel, establishing formal policies against sexual assault and harassment, and facilitating the reporting of these incidents. In addition, my bill would help the public understand the scope of this problem by establishing the first-ever federal clearinghouse for transportation-related sexual assault and harassment data. I look forward to working with my colleagues to get this legislation signed into law so we can help stop sexual violence and abuse on our roads, on our waters, on our trains, and in our skies.”

Read the bill’s text.
A fact sheet about the legislation. 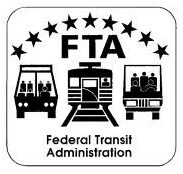 To help ensure the continued safety of our nation’s public transit systems, the Federal Transit Administration launched the Enhanced Transit Safety and Crime Prevention Initiative to provide information and resources to help transit agencies address and prevent crime on their systems and protect transit workers and riders.

FTA resources can be used by transit agencies to prevent and address crime in their systems and protect transit workers and riders. These resources also can be used for overtime pay for enhanced security personnel presence, mental health and crisis intervention specialists.

FTA has partnered with the National Transit Institute (NTI) to provide training for transit and bus operators on assault awareness and prevention. The

“While most interactions between SMART TD members and the passengers they serve are peaceful encounters, too often that is not the case,” SMART Transportation Division President John Previsich said. “Our members deserve the protections necessary to ensure their safety, health and well-being. This legislation will require transit agencies to develop risk-reduction programs to make bus and transit services safer for TD members, riders and pedestrians alike.”

“You name it — our members have encountered it and have had to deal with these gruesome, violent occurrences. Yet we’ve seen little done about it. This legislation fulfills the need for adequate driver shields and mandatory de-escalation training,” said SMART TD National Legislative Director John Risch. “Thank you to Representatives Napolitano and Katko for refining this important piece of legislation and for being steady in their continuing commitment to making public transportation safer in the United States.

“Our pledge is to continue to work with Congress and the Administration to ensure transit workers and those who use public transit receive the protection they deserve.”

The Transit Worker and Pedestrian Protection Act requires that both rail and bus transit agencies (those not covered by the FRA) create risk-reduction plans to protect operators within two years of the bill’s passage and that the agencies submit those plans to the U.S. Department of Transportation (DOT) for approval.

Some components of these plans could include physical barriers to prevent operator assaults, de-escalation training for workers, driver-assistance technology to reduce accidents, ergonomic improvements to prevent operator injuries and modified specifications or retrofits to reduce visibility impairments for operators.

The bill also requires that any assault on a transit or bus operator be reported to the DOT’s National Transit Database.

“There is no higher priority than operator safety. Too often we’ve seen reports of drivers getting assaulted and having their lives irreversibly changed simply because they were behind the controls doing their jobs,” said Calvin Studivant, SMART TD Bus Department vice president. “The risk-reduction programs and other safety requirements that this bill puts in place will help to keep our members safe.”

The Bus Operator and Pedestrian Protection Act (H.R. 6016), a similar bill introduced by Napolitano and Katko last year, picked up co-sponsors from both parties in the U.S. House and received the endorsement of SMART TD and other transportation unions. U.S. Sen. Chris Van Hollen of Maryland introduced a companion bill to the 2018 legislation in the U.S. Senate and is doing the same with H.R. 1139.