The following article by Dan Zukowski has been reproduced from Trains Magazine’s website with permission.

Labor unions representing rail and transit workers have asked the Federal Railroad Administration for two emergency orders to address the dangers in their work environments amid the ongoing coronavirus pandemic. The orders, requested March 20, are requested for Class I railroads and for Amtrak and passenger operators.

“Currently, the railroads have made very little effort to assure that our members have clean and sanitized environments to work in,” says Jeremy Ferguson, president of SMART Transportation Division, in an email interview with Trains News Wire. SMART is the International Association of Sheet Metal, Air, Rail and Transportation Workers.

The latest request follows a joint letter, dated March 6, to the Federal Railroad Administration from Ferguson and the Brotherhood of Locomotive Engineers and Trainmen, asking that crews be provided with personal protective equipment and hand sanitizers and that locomotive cabs, computers, remote control boxes and communal areas be regularly disinfected.

The FRA’s terse reply came in a brief letter that referred the unions instead to the Centers for Disease Control and Prevention (CDC).

The CDC website provides specific guidance for airlines, cruise, and cargo ships, but not for railroads or transit operators; nor does the website of the Occupational Safety and Health Administration (OSHA).

“As of right now, the railroads are not doing anything proactive to see that surfaces or the cab itself is clean and sanitary for the next crew coming on duty,” Ferguson says. Crew vans and yard offices are another area of concern.

The latest findings, published March 17 in the New England Journal of Medicine, shows that the coronavirus can remain airborne for up to three hours at room temperature, and remain infectious on plastic and stainless steel surfaces up to three days. Infected individuals without symptoms can also spread the disease, known as COVID-19.

The FRA has not issued an action plan to mitigate the spread of the disease among rail workers, say the unions, and onerous absentee rules further risk transmission.

According to Ferguson, members who have shown symptoms of COVID-19 “have been refused the ability to self-quarantine without discipline for absenteeism” until they have tested positive. However, due to the scarcity of test kits in many states, testing is slow or unavailable.

Both Ferguson and BLET President Dennis Pierce are calling the railroads, urging them to relax attendance rules. “I think this approach is quickly being addressed,” Ferguson says.

BNSF, CSX, Norfolk Southern, Union Pacific and Canadian National have all established coronavirus information pages on their websites. CSX is restricting visits to its facilities, increasing cleaning and distributing disinfecting supplies across its system.

In a March 21 letter, Norfolk Southern says it is following CDC guidelines and is “monitoring and proactively taking steps to mitigate risks in our company’s operations.” Sourcing and crew management teams maintain daily contact with taxi operators and hotels, monitoring for potential or confirmed COVID-19 exposure.

BNSF says it is following the recommendations of the CDC while Union Pacific offers information via its website and that of its health plan, Iron Road Healthcare. As of March 20, Union Pacific advises its employees, “If you suspect you have been exposed to COVID-19, do not report to work.”

CN has established a dedicated team for employees and managers to report any symptoms or to ask questions, and has dispersed its rail traffic control functions to five separate, secured sites to better protect employees from contamination.

Amtrak says it is increasing cleaning of trains and stations, making sanitizers and disinfectant wipes available to passengers and employees and communicating good hygiene practices. Transit agencies have also stepped up cleaning and sanitizing procedures.

The Federal Transit Administration now allows transit operators, hit hard by declining rider revenue, to use federal formula funds for emergency-related capital and operating expenses. The FTA also increased the federal government’s share of those expenses. The American Public Transportation Association is asking for $16 billion to help transit agencies through this crisis.

SMART-TD has launched a form for all members, regardless of the carrier they are employed by, to report situations where they feel employers have not adhered to the CDC recommendations to stop the spread of COVID-19). 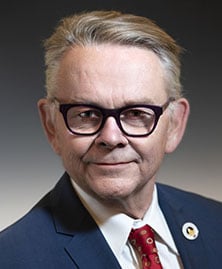