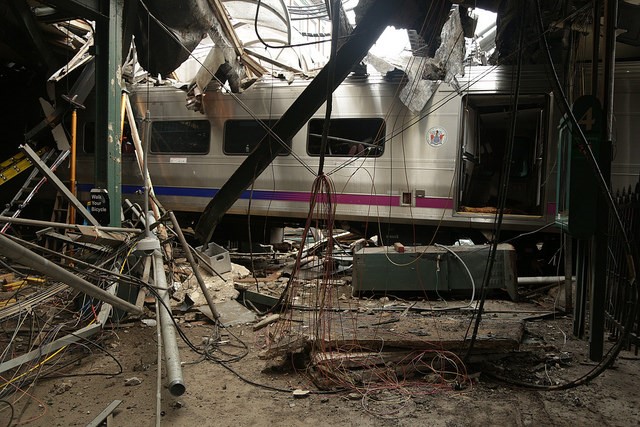 Linda Kruger-Small was driving home on a rainy night, just a few days before Christmas 2008. She was on an unfamiliar street and followed a right turn arrow that put her on railroad tracks at Orangethorpe Avenue in Anaheim.

It turned out to be a fatal move. Her car became stuck on the tracks as a train barreled toward her. She dialed 911 to ask if the train could be stopped. Moments later came a horrible collision. Passersby pulled Kruger-Small from the wreckage, but it was too late.

Read the complete story at NBC4.

Crashes are traumatic for both victims and the railroad employees who witness the tragedies unfold.

An average freight train has 100 cars and at least two engines, a total package weighing as much as 6,000 tons. Traveling at 55 mph, such a train takes at least a mile to come to a stop, according to U.S. Department of Transportation data.

Read the complete story at the Des Moines Register.

TULSA, Okla. — An engineer killed in a fiery train collision in the Oklahoma Panhandle last year suffered from serious vision problems for much of his life, underwent several corrective procedures in the years leading up to the crash and even complained that he couldn’t distinguish between red and green signals, a doctor told a federal oversight board Tuesday.

Despite his failing vision, the engineer continued driving freight trains and was guiding one of the ones that collided June 24, 2012, near town of Goodwell, killing him and two other railroad workers and causing about $15 million in damage.

A preliminary report by the National Transportation Safety Board June 12 found that the Rosedale intersection where a CSX train derailed and exploded last month had no active warning lights or gates.

In addition, two yellow stop signs “had faded significantly, and both had been displaced from their original mountings,” the report stated.