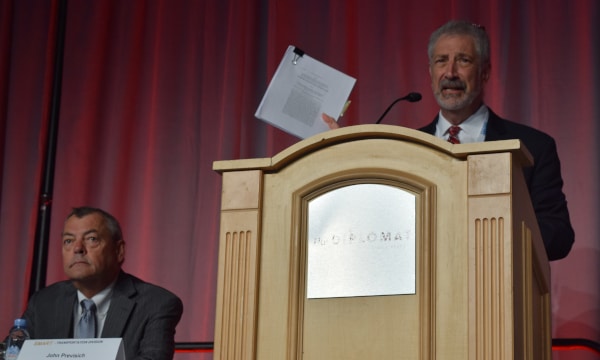 SMART TD is proud to recognize that the Grand Hyatt Hotel, San Antonio, TX has gone from a Non-Union Hotel to a Union Hotel!

We are happy to support our union brothers and sisters in Texas by holding our 2017 Western Regional Meeting at this amazing union hotel located along the historic  San Antonio River Walk.

Book your room at the Grand Hyatt now!

The MAY 11th deadline is approaching fast, so take a minute to reserve your room online now!

PLEASE NOTE: If phoning-in a reservation, make sure to get the SMART TD hotel room discount by letting them know: “I’m a member of the SMART UNION GROUP attending the TRANSPORTATION DIVISION REGIONAL MEETING.”