Harrison, who works for Coach USA, testified about his hardships as a result of being diagnosed with Sleep Apnea.

Click here to read Risch’s testimony before the FRA and FMCSA. 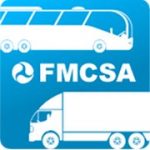 the Federal Railroad Administration (FRA) will host three public listening sessions to solicit information on the prevalence of moderate-to-severe obstructive sleep apnea (OSA) among individuals occupying safety sensitive positions in highway and rail transportation, its potential consequences for the safety of rail and highway transportation, and the potential costs and benefits from regulatory actions that address the safety risks associated with motor carrier and rail transportation workers in safety sensitive positions who have OSA. The listening sessions are intended to provide interested parties with an opportunity to share their views on this topic with representatives of both agencies, along with any data or analysis they may have. The listening sessions will take place in:

All sessions will run from 10:00 a.m. to noon and 1:30 p.m. to 3:30 p.m., local time. If all interested parties have had the opportunity to comment, the sessions may conclude early. Click here to read the Federal Register notice.

WASHINGTON – If left untreated, sleep apnea poses serious risks to anyone who sits behind the wheel of a commercial motor vehicle or climbs into the cab of a locomotive.

The Federal Motor Carrier Safety Administration (FMCSA) and the Federal Railroad Administration (FRA) recently initiated a rulemaking project to evaluate – and treat, when applicable – workers who exhibit risk factors for sleep apnea. The agencies began work Oct. 1 on an advance notice of proposed rulemaking, according to a Department of Transportation regulatory report.

Click here for symptoms of sleep apnea from the FMCSA.

Under a seven-month pilot project, all 410 Metro-North engineers and about 20 engineers in training will undergo an initial screening by the railroad’s Occupational Health Services Department based on industry best practices. The locomotive engineers recommended for additional screening will be referred to the contractor, Persante Health Care Inc., Metro-North officials said in a press release.

Federal regulators who concluded that an engineer’s sleep apnea caused a deadly train derailment in New York adopted several recommendations Wednesday for better screening of such disorders, including a call for improved physician training.

The National Transportation Safety Board, meeting in Washington, approved all the conclusions and recommendations in a staff report that examined five Metro-North Railroad accidents in New York and Connecticut in 2013 and 2014.

The National Transportation Safety Board said Oct. 28 that the December 2013 Metro-North train derailment that killed four and injured 61 occurred when the train engineer had fallen asleep.

The train rounded a curve at 82 mph, well above the 30-mph speed restriction. The NTSB report determined that the operator had “an undiagnosed severe obstructive sleep apnea exacerbated by a recent circadian rhythm shift required by his work schedule.” In other words, his apnea condition was made worse when his regular shift was moved from one that started in the late afternoon and ended in the early morning to another that began between 4 and 5 a.m. and continued until the afternoon.

WHITE PLAINS, N.Y. – A deadly Metro-North train derailment last year in which the “dazed” engineer was found to have sleep apnea has pushed the commuter railroad to look into establishing screening for the condition, which could include measuring operators’ necks and asking them and their spouses about snoring habits.

Metro-North spokesman Aaron Donovan confirmed that the railroad that serves New York City’s northern suburbs is working with unions on sleep apnea screening, but he cautioned nothing has been decided. Any program, he said, “would be for all employees in any safety-sensitive positions.”

The National Transportation Safety Board will announce this week that the Metro-North Railroad engineer at the controls last year during a fatal derailment in the Bronx had an undiagnosed sleep disorder, according to a person with knowledge of the planned announcement.

The engineer, William Rockefeller, suffered from severe sleep apnea, which appeared to be aggravated by a recent change to an early-morning shift shortly before the crash, the person said of the safety board’s findings.

In the days after the derailment, which killed four people and injured more than 70, representatives for Mr. Rockefeller said he appeared to have nodded off as the train raced toward a sharp curve near the Spuyten Duyvil station around 7:20 a.m. on Dec. 1.

Sleep, fatigue, workplace safety and quality of life are stitched together tighter than the seams on a major league baseball – and unpredictable work schedules can undo those stitches faster than a Stephen Strasburg 100-mph heater.

A new website, created by sleep scientists at Harvard Medical School, the Volpe National Transportation Systems Center and the Federal Railroad Administration – following anonymous survey input from train and engine workers represented by the UTU and the BLET – provides train and engine workers an interactive guide to a better understanding of factors that contribute to and inhibit proper rest.

Consider it high-tech chicken soup for the overworked rail struggling to balance work and family life.

Included are practical steps to combat fatigue by adjusting nap times and consumption of caffeine and other beverages and foods, and practical ways to deal with individual variations in sleep needs and the daily ups and downs in human alertness and sleepiness.

A quiz helps you determine how well you sleep, while an interactive game permits you to test your reaction time.

There also is information on sleep apnea and other sleep problems, and how to find sleep specialists in your neck of the woods.

Give the website a thorough test drive by clicking on the following link:

Difficulty getting a good night’s sleep has been a problem of men and women since the beginning of time. Stress, stimulants such as caffeine, illness and irregular work schedules all are well recognized by all of us as causes of insufficient or irregular sleep.

Some medical conditions, such as frequent urination or pain, may trigger restless sleep, nightmares and insomnia.

Another medical condition — sleep apnea — has only recently been recognized as an important cause of bad sleep. And apnea causes sleepiness during waking hours, which can be dangerous for those who operate trains, buses, automobiles and machinery.

Sleep apnea can in many instances be treated successfully, so let’s review some of the signals of its presence.

First, snoring is often a complaint of your bed partner. The snoring can be a result or a blockage of the airway, usually when the soft tissue in the rear of the throat collapses and closes during sleep.

Your partner is usually the first person who first suspects the diagnosis of sleep apnea, because the snoring is coupled with periodic complete stoppage of breathing (apnea) for short periods during sleep. This causes fragmented and poor quality sleep, which is why sufferers of sleep apnea are tired during waking hours.

If you are experiencing snoring coupled with periodic stoppage of breathing, talk with your doctor. He or she may then advise a special sleep study, where you sleep while wearing monitoring equipment to confirm whether you do indeed not breathe for a few moments during sleep. The test also monitors the oxygen level in your blood during this apnea (no breathing) period.

It is important to understand that apnea can result in reduced oxygen levels in the blood that can trigger heart attacks and strokes. This is why it is so important to speak with a doctor if you exhibit signs of sleep apnea.

If such testing indicates treatment would help you, there are several options, and your doctor can help you decide which, if any, you should choose.

For example, there are medical devices called a c-pap and bi-pap available to keep the breathing passages open while you sleep. Certain surgical procedures may also help.

For many sufferers of sleep apnea, simply losing weight is helpful because it reduces the tissue mass that is blocking the airway during sleep.

If you suspect sleep apnea in yourself or a family member, consult your physician, as diagnosis and treatment is generally covered by your health-care insurance. Treatment can save your life and prevent a heart attack or stroke. It can also help you avoid a serious accident at work and solve the snoring that may be quite annoying to your partner.