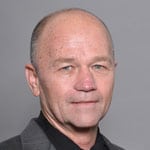 Kerley graduated from Fort Scott High School in 1948 and married Joyce Briggs on Sept. 4, 1949, in Arcadia, Kan. In 1950, he began working for Palmer’s Service Station until he purchased the station in 1969. He operated the station until selling it in 1977. He then worked for USD 234 School District in maintenance and as a bus driver until his retirement in 1999.

Funeral services were held at 10 a.m. Wednesday, Dec. 11, at the Cheney Witt Funeral Chapel at 201 S. Main St. in Fort Scott, Kan., followed by burial at the Evergreen Cemetery.

Memorials are suggested to the Church of Christ 15th and Crawford may be left in care of the Cheney Witt Chapel, P.O. Box 347, 201 S. Main, Fort Scott, KS 66701. Words of remembrance may be submitted to the online guestbook at cheneywitt.com.