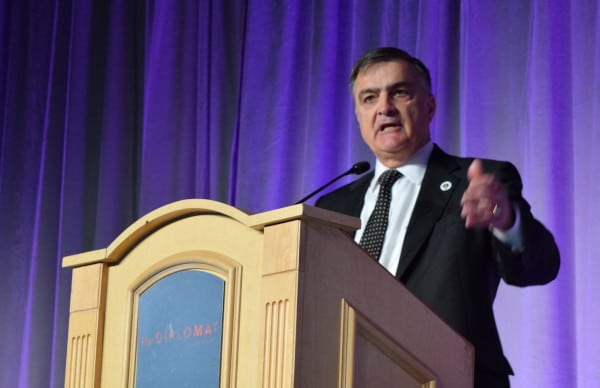 The Fairmont San Francisco hotel has sold out. Not to worry, the overflow hotel – Mark Hopkins Intercontinental Hotel – still has rooms available. The Mark Hopkins is conveniently located across the street from the Fairmont San Francisco and is offering members the same great rate of $169 per night (plus tax). Those planning on attending the San Francisco meeting should make their reservations now. The reservation deadline for the negotiated rate of $169 per night (plus tax) is tomorrow, Friday, June 17.

Members who have not yet registered through SMART TD for the meetings should also do so as soon as possible. The deadline for the $150 per person rate is Sunday, June 19. Registrations taken after this date will be charged the full price of $200 per registration. Members have until July 3 to register for the Chicago regional meeting at the discounted rate.

SMART TD Night Out at the Ballpark

All SMART members, officers and family members that are registered for the San Francisco Regional Meeting will enjoy a “SMART Night Out at the Ballpark” on Tuesday, July 5, where the San Francisco Giants will take on the Colorado Rockies at AT&T Park. The game starts at 7 p.m. Transportation, game ticket and a $25 food and beverage voucher printed on your game ticket will be provided to each registered guest upon check-in at the SMART TD registration desk located in the Venetian Room on the Lobby Level of the Fairmont San Francisco Hotel.

Members who wish to purchase extra tickets for non-registered guests may do so by visiting the SMART TD registration desk located in the Venetian room on the Lobby Level of the Fairmont, starting Sunday, July 3. Extra tickets are $45 and include transportation, game ticket and $25 food and beverage voucher. Extra tickets are expected to sell out quickly. We hope you can join us for a fun night of baseball and fellowship.

SMART Transportation Division has announced the Mark Hopkins Intercontinental as the overflow hotel at the 2016 Western Regional Meeting in San Francisco.

The room block for the Fairmont San Francisco is almost full, so we’ve arranged for the Mark Hopkins Intercontinental (located across the street from the Fairmont) to accommodate us for the same low price of $169 (plus tax) per night.

Members have until Friday, June 17 to take advantage of this deal. Call 1-800-662-4455 to make reservations at the Mark Hopkins. Please identify yourself as “SMART Union Annual Western Regional Meeting” to receive the blocked room rate.

If you’ve never been to the Arizona Biltmore before, now is your chance. The Smart Transportation Division Western Regional Meeting is going to be held at this historic union hotel June 28 – July 1, 2015.

This hotel is not only famous for its design. It is also known nationally as a union hotel with 100,000 square feet of meeting and convention space. SMART Transportation Division will have over 40 training modules for our members to take advantage of from June 29 – July 1. SMART Transportation Division members will be able to find training in many areas including conductor certification, legislative representation, secretary/treasurer, local chairperson

training, how to handle legal issues if you are fired, arbitration, risk reduction, railroad retirement, local officer training, organizing and the Railway Labor Act among many others. Federal agencies like the Federal Railroad Administration for rail members, and the FMCSA for bus members will be doing presentations to help our members get better training and also informed on the latest safety guidelines, latest technology as well as the latest legislation that affects our members in the rail, bus and airline trades.

This historic property is perfectly located in the heart of Phoenix but also close to Scottsdale, so it is convenient for those driving in from out of town.

Great service, amazing architecture, and an illustrious history meet in a one-of-a-kind hotel. The Arizona Biltmore is the Jewel of the Desert.

As an attendee at the SMART Transportation Division Western Regional Meeting you can experience this beautiful property and get some excellent training in the over 40 workshops offered to SMART TD attendees for only $129 a night (our negotiated group rate). You’ll never stay at a property of this caliber again for $129 a night. 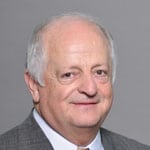 PORTLAND, Ore. — Reflecting on violence against air, bus and rail members, UTU International Assistant President Arty Martin told attendees at the union’s regional meeting here June 20 that protecting the working conditions and safety of members is among the highest of UTU objectives.

“Our jobs are notoriously dangerous and we are going to insist that local, state and federal legislators and regulators help the UTU lead the way in imposing adequate protections for transportation workers,” Martin said. “We have long spoken to carriers about improving on-duty safety and training for their front-line employees, but they ignore us. So, now we will work legislatively to gain the protections our members deserve while serving the public.”

Just recently, a UTU member — Los Angeles County Metropolitan Transportation Authority bus operator Alan Thomas — was murdered aboard his bus by a passenger, and there have been instances of armed thugs robbing freight train crews while trains were awaiting clearance onto or off main lines. And daily, UTU-member flight attendants, bus operators and passenger-rail conductors are subject to threats and abuse by passengers. On June 19 in Minneapolis, a passenger threatened with a knife a Northstar commuter rail conductor.

* The Federal Railroad Administration earlier this year published a final rule requiring that all new and remanufactured locomotives in road and yard service be equipped with a secure cab lock, and that climate control assure tolerable temperatures inside the cab when it is secure.

* The Department of Labor’s Occupational Safety and Health Administration (OSHA) has imposed significant monetary sanctions against numerous railroads for retaliating against employees who report on-duty injuries and seek medical treatment.

Additionally, the UTU is completing – with help from a federal grant — development of a training manual for front-line Amtrak employees that helps them recognize and react to potential terrorism threats and passenger abuses. Martin said new applications for federal grants to expand the program to airlines, bus lines, commuter and freight railroads is in progress.

Also, the UTU National Legislative Office is working with the UTU Bus Department to gain new mandates on minimum training and operator safety from Congress, state legislatures and localities.

“We will be ramping up these efforts, developing an accelerated legislative strategy to advance member safety and minimum training politically,” Martin said. “Our objective is the best trained and safest work force in America.”

Martin spoke on other issues important to the UTU membership:

* The UTU has sought from the National Mediation Board a release from mediation for UTU Local 40 pilots employed by Great Lakes Airlines who have been in fruitless wage, benefits and working-conditions negotiations with the carrier for almost 55 months.

* UTU finances are solid, Martin said. “Rather than rumors five years ago that we were on the verge of closing our doors within 20 days, this administration has used constant monitoring of expenditures to put the UTU on a stable financial footing.”

* The UTU’s Discipline Income Protection Plan, which had been on the verge of bankruptcy when the Futhey administration took office in January 2008, “has a bottom line more solid than at any time in the past decade,” Martin said. “Our DIPP looks for ways to pay claims and not ways to keep you from collecting claims as other plans do.”

* The national rail contract negotiated by the UTU is in stark contrast to the previous round of bargaining, under a different administration, where the UTU did not take the lead. “During the previous round, we weren’t leaders and we saw health care insurance premiums rise from $100 monthly to $200,” Martin said. “The Futhey administration took the lead in negotiations this round and won a cap at the same $200 rate through June 20, 2016,” even though health care costs have been soaring and most others in government and the private sector pay upwards of $400 monthly for less comprehensive coverage.

Martin urged attendees to “take the lessons and experiences you gained in regional meeting workshops back to your members. Tell them what this union is all about, how it is the backbone of America’s middle class, how strong we are and how the UTU has led the way and will continue to lead the way,” Martin said.