CBS New York reported that hundreds gathered over the weekend to show their support for union workers.  Read the complete story here. 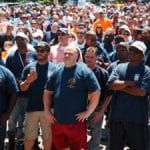 SMART Transportation Division is calling on all members of the SMART union, and all union Brothers and Sisters, to participate in a rally in support of New Jersey transit workers. The rally will take place tomorrow, March 5, at 10 am at the Marion & Norman Tanzman Recreational Area, 405 Pearl Street, Woodbridge, NJ 07095. For more details on the rally, access the event flyer, here.

On Saturday June 21, more than 3,000 unionized Long Island Rail Road workers and their supporters rallied for a new contract Saturday, June 21, demonstrating their resolve in achieving the recommendations of Presidential Emergency Board 245.

Union officials from a variety of crafts, as well as local, state and national political figures joined them.

SMART’s coalition partners include the Transportation Communications Union, International Association of Machinists and Aerospace Workers, and the National Conference of Firemen & Oilers-Service Employees International Union. All organizations were well represented at the event. 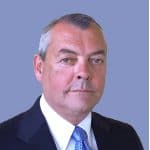 Speakers called upon New York Gov. Andrew Cuomo to intervene in the workers’ months-long dispute with the Metropolitan Transportation Authority, which oversees the LIRR. The SMART Transportation Division members and others unionized employees have been working under an contract since June 2010. SMART members and the other unions can strike on July 19 under provisions of the Railway Labor Act, but have asked MTA to extend a 60-day cooling off period into September.

“The governor needs to step up, tell the MTA to wake up and extend this cooling off period, so we don’t have a crushing blow to the economy of eastern Long Island,” said SMART Transportation Division GO 505 General Chairperson Anthony Simon.

Organizers were expecting about 2,000 people to attend the rally, but noted that they had exhausted their supply of rally T-shirts hours before the rally began.

SMART Transportation Division President John Previsich said he was amazed by the turnout. “It was great to see so many union members and others supporting our membership on the LIRR. From the beginning of this long and arduous process, we have informed the MTA that we will not settle for anything less than the fair agreement that our members deserve.

“We have made our intentions very clear – we will not agree to the substandard contract that they are trying to force on us and the members of our coalition. This show of solidarity will send a message to MTA and the governor that our members and the union coalition are standing firm in our resolve to not settle for less than the fair and respectful contract to which our members are entitled.”

“If Gov. Cuomo doesn’t intervene, union members will be waiting for him in Iowa, New Hampshire and Nevada,” Nigro said. “We will only stand with politicians who stand with working families.”

“Suffolk County is here to stand with you,” Bellone said.

It read in part: “As members of Congress representing districts that would be unduly impacted by any disruption of Long Island Railroad (LIRR) service, we are writing to express our concern regarding the ongoing labor dispute between the MTA and LIRR employee labor unions. We encourage the MTA to accept a proposal from the involved employee labor unions to extend the current “cooling off” period for an additional 60 days.”

New York State residents can contact Gov. Andrew Cuomo here to ask him to do what’s right for Long Islanders. 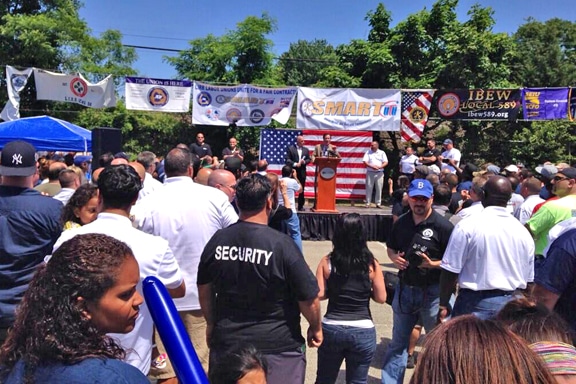 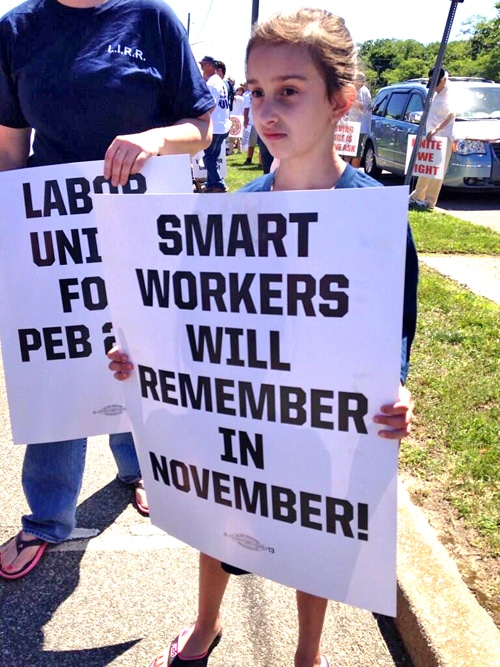 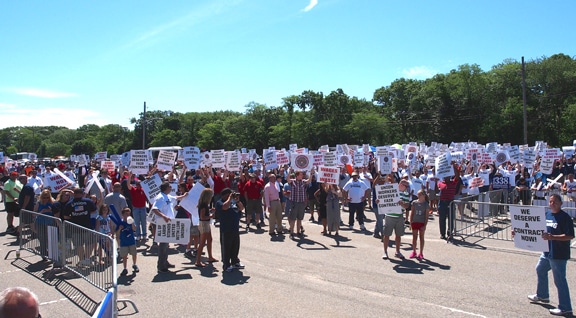 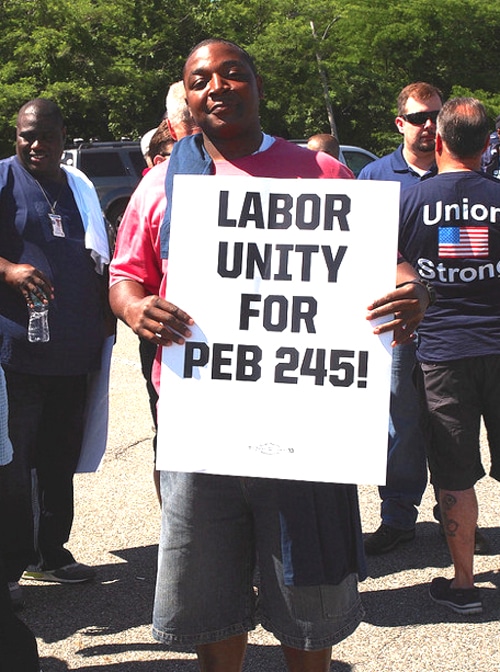 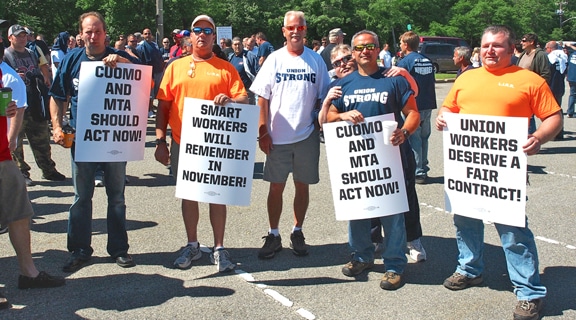 Yet another packet of right-to-work bills has made an appearance, this time in Pennsylvania. Pennsylvania legislators drafted House Bills 50, 51, 52 and 53 to become a “Right-to-Work” state.

Ten different unions marched in downtown Chambersburg, Pa., in protest of the bill over the weekend. If passed, the bills would allow non-union members the same benefits that dues-paying members receive, such as higher wages and benefits and union representation.

House Bill 50, sponsored by Rep. Daryl Metcalfe, seeks to end union membership or dues payment by non-members as a condition of employment.

House Bill 53, sponsored by Rep. Jim Cox, seeks to prohibit unions from collecting dues from non-union local government employees. Rep. Stephen Bloom is also proposing House Bill 250, that would repeal a state law known as “maintenance of membership.” The bill would essentially allow dissatisfied union members to quit their union at any time, as opposed to a current 15-day window toward the end of contracts. Rep. Jerry Knowles also seeks to pass an umbrella bill that would prevent union membership from being a condition of employment in the private sector.

Metcalfe has introduced this union-busting legislation in every session over the past 14 years. This year is viewed as different, because Republicans control both the House and Senate of the Pennsylvania Legislature, as well as the governor’s seat.

Legislators in favor of the bill hope to introduce it to the House speaker soon.