For months now, your union has been collecting hundreds of reports from members of our and other rail unions that document instances when railroad technology doesn’t work as intended.

While carriers might see technology as a stepping-stone to more money and the eventual replacement of employees with full automation, we want to collect real-world data showing that sometimes these “improved” technologies are more of a stumbling block when not working as intended.

Data is being collected via a form on the SMART TD website directly linked at (www.smart-union.org/railroad-technology-event-report) or look for the red flashing button on right of the main page, then follow that link to report incidences involving Positive Train Control, Trip Optimizer/LEADER, DPU (distributed power), EOT/HTD’s or radio transmission failures among crew members when dealing with long trains.

The real-world data that members contribute helps our organization to formulate a plan to protect members and the general public and to ensure the safety of the nation’s infrastructure, and this information is being sought on a voluntary basis, said Alternate National Legislative Director Jared Cassity, who helped to create the report form.

The way to combat this is by gathering reports from the people who are dealing directly with the situations created when the technology does not function as intended, Cassity said.

“By members submitting this very important information we are able to provide the one thing the railroads cannot or will not — data,” Cassity said. “And that data proves these technological safety overlay systems are not capable of replacing the human element, specifically two-person crews.”

Reports submitted through this form go to union safety leadership for collection. The reports are not a substitute for filling out a report to a carrier or to the Federal Railroad Administration (FRA).

“The railroads have fired the first shot in this round of the crew-consist war, and we need all hands on deck, everyone doing their part to complete these reports,” Cassity said. “This data may very well just be what makes the difference.” 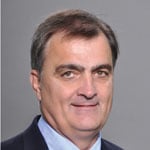 America’s Work Force is the only daily labor-radio program in America and has been on the air since 1993, supplying listeners with useful, relevant input into their daily lives through fact-finding features, in-depth interviews, informative news segments and practical consumer reports.

Through the support and participation of the labor community, America’s Work Force radio program features regional, national and international labor leaders and advocates, as well as politicians, civic leaders and industry professionals discussing issues important to the labor movement.

To learn more about John Risch, view his biography here.