Wilma Liebman, a former chief of the National Labor Relations Board for three terms and a member of the board for more than a decade, described what she termed “a stacked deck” against American workers that has been assembled by the current presidential administration in an op-ed column published by The Morning Consult.

The term of the lone Democrat on the NLRB expired in December, and there currently are three Republicans on the board.

“There is no one still inside the board with power to defend the statute that protects the right of American workers to improve working conditions by joining together,” Liebman wrote.

Under President Donald Trump’s administration, Liebman describes a board that has reversed decades of precedent, been ignorant of ethics rules, put aside the advice of experienced staffers and has been hostile to the expansion of workers’ rights in favor of big business.

“If the past predicts the future, then even worse things are coming for workers and their unions,” Liebman wrote.

Read the full column at The Morning Consult.

If approved as-is, a federal budget proposal for the 2021 fiscal year released Monday, Feb. 10, by President Donald Trump would reduce funding for Amtrak, the Federal Railroad Administration (FRA) and underfund the Railroad Retirement Board (RRB).

Amtrak, the national passenger rail carrier, would see a 50 percent reduction in funding from the 2020 budget, with long-distance routes again in jeopardy of losing federal funding.

“Despite Amtrak’s success and the critical service it offers to so many, President Trump’s budget would slash funding for Amtrak by more than half,” the AFL-CIO Transportation Trades Department (TTD), of which SMART-TD is a member, said on Twitter. “These proposed cuts would apply to the Northeast Corridor, the busiest rail corridor in the country, and Amtrak’s broader national network, which serves low population areas.”

The low-population areas would include Kansas, Montana, Wyoming, and Arizona and, according to the administration, “would be better served by other modes of transportation like — wait for it — intercity buses,” TTD tweeted.

Amtrak has been a frequent target of the administration, with Trump seeking to cut funding for the national rail carrier every year he has been in office. The future of long-distance routes such as the Southwest Chief was jeopardized in 2018, and it took an outcry by legislators in both houses of Congress to preserve the routes through the 2019 fiscal year while the FAST Act, which expires this autumn, preserved it in fiscal year 2020.

The FRA, which has received about $3 billion in the past two Trump-era budgets, is targeted for nearly $1 billion in reductions.

In contrast, funding for the Federal Transit Administration (FTA) would increase by $300 million to $13.2 billion.

Finally, the Railroad Retirement Board (RRB) would be underfunded if Trump’s proposed budget goes through, board sources say.

The agency’s budget through the Trump administration’s term has remained flat at $113.5 million annually with an additional $10 million provided each year to help RRB’s efforts to modernize its IT infrastructure. Trump proposes to allocate $120.225 million to the agency in the next fiscal year.

“RRB needs a minimum of 880 full-time equivalent (FTE) staff to sustain mission critical operations. Stagnant administrative budgets coupled with cost-of-living salary increases for Federal employees have resulted in severe understaffing,” a message from RRB’s Office of the Labor Member said. “The impact of this understaffing is being felt in the agency’s customer service and its ability to accomplish mission critical goals.”

It stands to note that presidential budget proposals typically serve as a starting point for Congress as its members begin the task of setting the fiscal course for the country in an election year and rarely, if ever, are approved without alterations.

“The good news about the president’s budget would be that it will most assuredly be dead on arrival in the U.S. House,” SMART Transportation Division National Legislative Director Gregory Hynes said.

However, the proposed budget does serve as an indicator of where the administration’s budgetary priorities are. 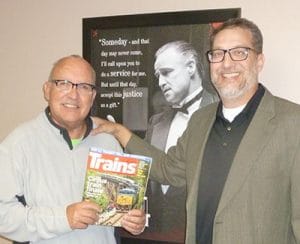 The goal is to boost the purchase of domestic products, such as aluminum, steel, iron and concrete in federally funded projects to repair and improve sewers, roads and other vital parts of the country’s network.

The president’s order falls short of a mandate and does not set required levels to be purchased or create an enforcement mechanism.

A previous executive order, signed April 17, 2017, took a similar route, and this order signed Jan. 31 is intended to fill “gaps,” according to a presidential economic adviser. 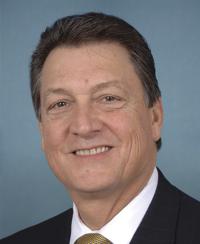 This week, President Donald Trump released his 2018 budget proposal, which includes severe funding cuts to Amtrak along with the elimination of federal support for Amtrak’s long distance train services.

Despite criticisms by some in Congress, Amtrak served approximately 31.3 million customers last year with many of its services performing at record years in both ridership and revenues. The elimination of long distance Amtrak routes would terminate passenger rail service in 23 states, resulting in fewer railroad jobs, which means less money in the Railroad Retirement Fund.

Please take a moment to contact your elected representatives in Congress to urge them to OPPOSE any federal budget cuts to Amtrak by clicking the link below and sending a pre-drafted message via the SMART TD Legislative Action Center.

Click HERE to urge your Representative to OPPOSE the President’s budget cuts to Amtrak!