The SMART Transportation Division already has made public its full support of U.S. Rep. Tim Ryan if he decides to run for the U.S. Senate for his home state of Ohio in 2022.

He’s already proven himself to us by showing up to support Amtrak workers during demonstrations against furloughs last autumn. But he did it again just days ago on the House floor, rebuking politicians who would rather talk about children’s book publishers who choose to stop publishing their own books rather than doing their duty to have a serious discussion about the PRO Act and fighting for hard-working Americans.

Through 10 terms as a representative of Ohio’s 17th and 13th Districts representing the working cities of Akron and Youngstown and as a former presidential candidate, he’s had plenty to say about helping American workers. March 9’s speech was no different.

“If there’s one thing you can always count on from me, it’s giving a damn about America’s working families,” Ryan tweeted out with a link accompanying the video below.

We appreciate his passion. We applaud Rep. Ryan’s focus, drive and fire when it comes to the working class. We thank him, and, once again, we support him.

The International Association of Sheet Metal, Air, Rail and Transportation Workers (SMART) is pleased to endorse Vice President Joe Biden for President of the United States, following a unanimous vote of its General Executive Council. 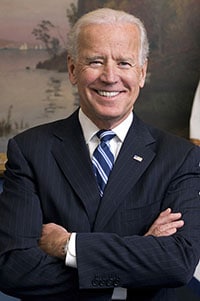 The endorsement was informed by discussions with and feedback from SMART members and leaders from across the United States who met to discuss SMART issues and which candidate best supports them. Over the past four years, SMART leadership has also met with all the major presidential candidates from both parties, including the incumbent president, and had meaningful dialogue with them regarding issues impacting SMART members.

SMART has engaged with and listened to our members from coast to coast about their views and opinions regarding our union, their jobs and current events that affect their future. This effort was launched to ensure members have a say in shaping the course of our union as it proceeds to advance the needs and viewpoints of the membership.

Biden has a long history of engaging with SMART members and working families in both the sheet metal and transportation industries. The endorsement decision was based on Biden’s strong support of the concerns most important to our members, including the need for two-person railroad crews, retirement and pension security, protection of prevailing wages, and a prioritization of workplace safety. He also is dedicated to acting on a plan for real infrastructure work to enhance employment opportunities for current and future members in the industries SMART represents. SMART members have made it clear they can no longer wait after four years of empty promises for new infrastructure initiatives from the current administration.

From his early years working with local sheet metal workers as a County Commissioner in Delaware, to his frequent meetings with SMART Amtrak conductors during his commute back and forth to Washington, D.C., Joe Biden has been acutely aware of and engaged with the issues on the minds of our members.

After a series of discussions with Biden’s campaign staff, where members’ feedback and concerns were shared with the candidate, Vice President Biden took the time to respond with a video outlining his positions on the issues. His impassioned message in this video proves that Biden is the clear choice for our union and the membership.

SMART is highly engaged in the political process to ensure our issues are advanced and our members’ livelihoods are protected. We also strive to ensure union leadership is transparent and clear with our members when it comes to decisions in the electoral arena. We work to advance our members’ issues by advocating and educating on their behalf while supporting candidates, regardless of party, who stand with SMART members and for issues important to all working families.

“Congressman Walz’s work with our union since 2006 for railroad safety and service distinguishes his efforts in the 2018 election cycle,” said SMART TD Minnesota State Legislative Director Phillip Qualy. “Since serving as chairman of the House Transportation and Infrastructure Subcommittee on Railroads with former Congressman James Oberstar, Tim Walz has always had an open door for railroad labor.”

Walz has cosponsored multiple versions of SMART TD’s key legislative priority The Safe Freight Act that requires a certified conductor and certified engineer on all trains, authored bipartisan energy legislation and holds a strong reputation in Congress for working in a bipartisan manner across party lines, Qualy said.

“Tim Walz is a friend of railroad labor and our retirees,” Qualy said. “Our state committee believes that having worked in Washington, he brings a wealth of knowledge home and can bring needed resources to our state. As our next governor, Tim Walz’s common-sense values, pragmatism and enthusiasm will serve Minnesotans well.”

Prior to joining Congress in 2007 and representing Minnesota’s First District, Walz was a high school teacher for 20 years in Mankato Minn., where he coached Mankato West to the state football championship. An avid outdoor sportsman, Walz also served in the National Guard, where he achieved the highest enlisted rank of any member in Congress who served in the Guard.

“We look forward to a positive and productive working relationship with Tim Walz in the Minnesota Governor’s Office” said Qualy.

“I encourage all of our SMART TD members to get involved with your Local, be sure you are registered to vote, and vote for your job and your pension first this November. Minnesota’s working families must unite this fall to keep this state a great place to live and work,” he said.

To read a PDF of the Minnesota State Legislative Board’s letter endorsing Walz, follow this link.